U.S. Ambassador Sam Brownback spoke at a United Nations event recently that focused on religious freedom. In his speech, he covered that there is a desperate need for a global movement pushing for religious liberties, worldwide, and that it has begun. 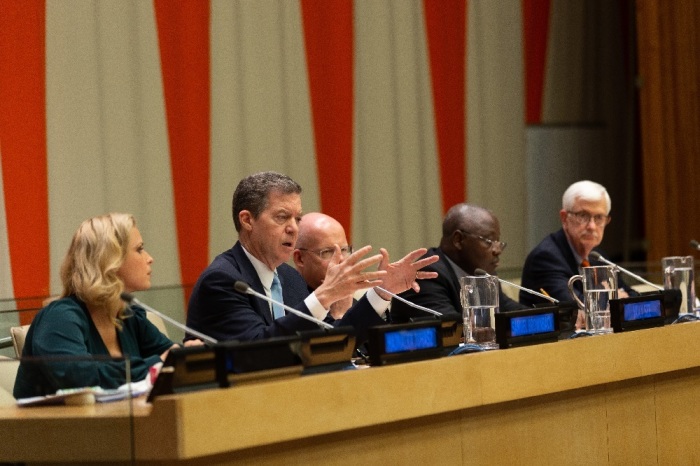 Brownback challenged those in attendance to create some kind of body that will incentivize countries to respect the religious freedom rights of its citizens.

As noted by Grysa, a 2018 U.N. report found that there are 24 nations with official state religions that impose “very high” or “high” levels of restrictions on religious practices while another 11 countries with “favored religions” have similar religious restrictions.

“This is something that needs to take place out of this body and out of people that are here to push for religious freedom,” Brownback contended.

“We need a global organization, maybe not out of the U.N. but out of some other place that has advantages [to joining]. There is a basic standard of religious freedom that [countries] must comply with [to get] the advantages of joining the organization and if you don’t comply [with minimum standards], there are teeth to it that … can be used to remove the benefits that you have.”

No Comments on "New Global Religious Freedom Mov’t Underway: ‘We Can’t Just Keep Talking About It’"