The Jerusalem Post: This week, Israel’s Prime Minister Benjamin Netanyahu sent a congratulatory letter to U.S. Ambassador, Nikki Haley. Haley received the Foundation for the Defense of Democracies’ Jeane J. Kirkpatrick Statesmanship Award. Netanyahu shared that he could think of no one better deserving and also compared her to Ambassador Kirkpatrick, the US ambassador to the world body from 1981 to 1985, who was a staunch defender of Israel. 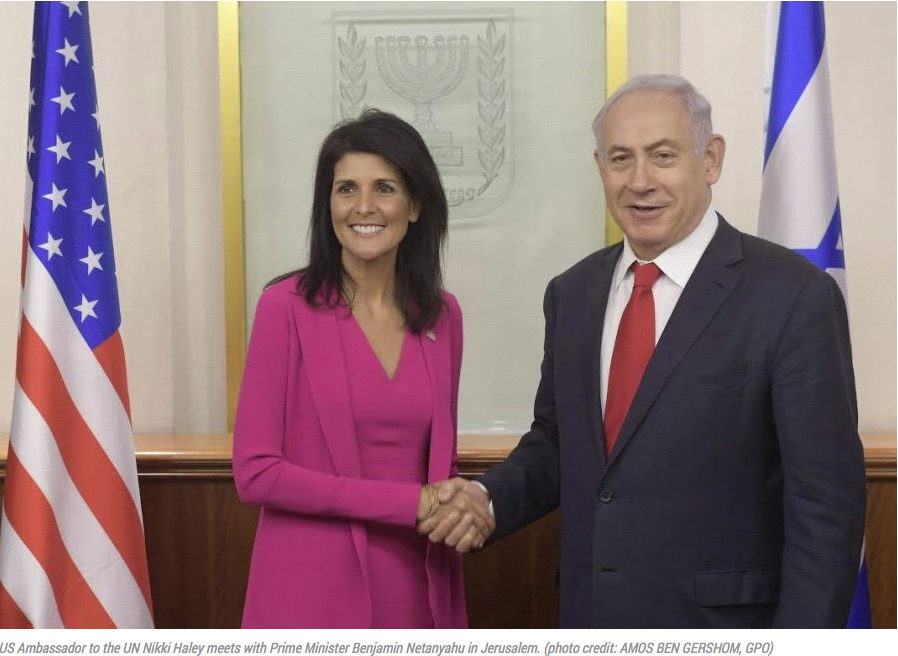 “From your first days in office, you have taken on the task of combating the pathological vilification of Israel at the UN and have fought passionately against repeated attempts to isolate and delegitimize the Jewish State.”

“I can think of no one more deserving of this special recognition,” Netanyahu wrote. “As the US Ambassador to the UN, you demonstrate everything that Ambassador Kirkpatrick stood for – a firm moral backbone, a strong sense of justice and an unbreakable commitment to the most fundamental values of freedom, democracy and human rights,” Netanyahu wrote. Kirkpatrick, the US ambassador to the world body from 1981 to 1985, was a staunch defender of Israel.

Source: NETANYAHU TO HALEY: THANKS FOR COMBATING ‘VILIFICATION OF ISRAEL AT U.N.’ | The Jerusalem Post

No Comments on "NETANYAHU TO HALEY: THANKS FOR COMBATING ‘VILIFICATION OF ISRAEL AT U.N.’ | The Jerusalem Post"