Christians United for Israel (CUFI) had Prime Minister Netanyahu as a special guest speaker as part of their conference, CUFI Washington Summit 2018. He spoke to them via a live video uplink from his office in Jerusalem. In his address, he thanked believers for standing with the nation of Israel. He also declared that he would speak out against persecution of Christians. 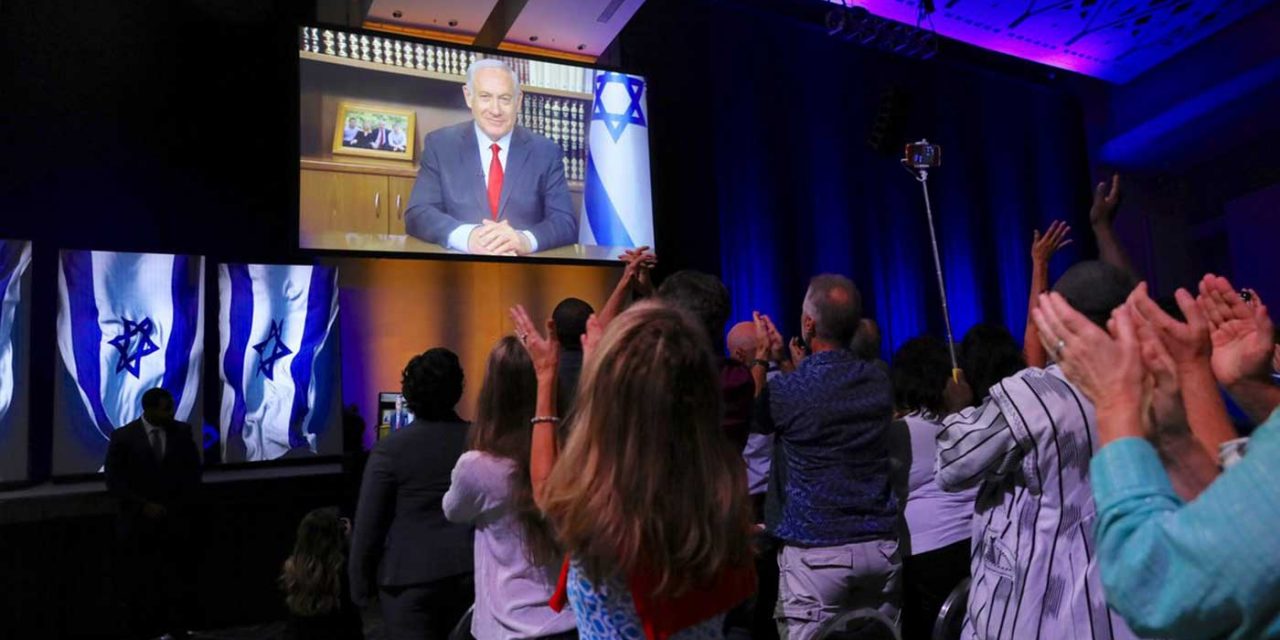 Netanyahu explained that this is an issue which he believed should concern everyone before asking, “Why are so many people silent as Christians are jailed and tortured in Iran?”

“Well, I can say this: we in Israel will not be silent, and I will continue to raise the plight of the long-suffering Iranian people: Christians, Bahai’i, students, journalists,” the prime minister went on. “Iran’s regime is a point of darkness in the Middle East. Israel is a point of light.”

Despite the light that Israel spreads throughout the world, Netanyahu explained that Israel “still faces many threats”.

Source: Netanyahu Thanks Christians For “Always Standing With Israel”, Vows To Speak Out Against Christian Persecution | CUFI

No Comments on "Netanyahu Thanks Christians For “Always Standing With Israel”, Vows To Speak Out Against Christian Persecution"