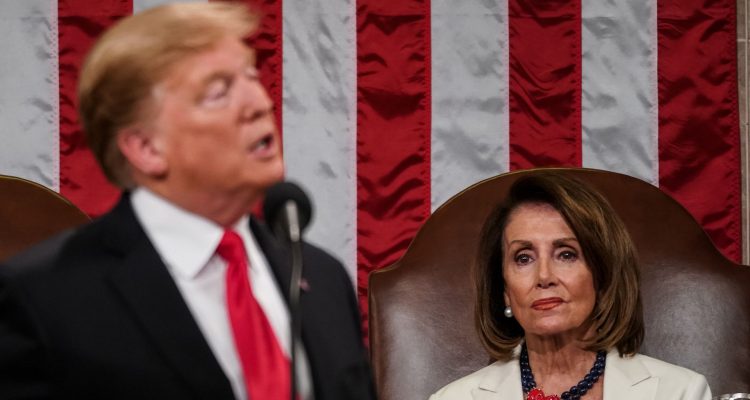 If you didn’t think the politics could get any worse, think again. Nancy Pelosi responded to the news that President Trump is taking Hydroxychloroquine by calling him “morbidly obese,” which he is not.

Leftist Twitter users were quick to jump on the bandwagon as they used the hashtags “#PresidentPlump” and “#GirtherMovement,” a play off of the term “birther movement” which was a label given to Trump and others who questioned Barack Obama’s birth certificate.

Pelosi made the comment during an interview with CNN’s Anderson Cooper in which she was asked about to the president taking hydroxychloroquine as a preventative measure saying,

“As far as the President is concerned, he’s our President and I would rather he not be taking something that has not been approved by the scientists, especially in his age group and in his, shall we say, weight group — morbidly obese, they say. So, I think it’s not a good idea.”

While she has never been a very pleasant political figure, the mean-spirited personal attack by House Speaker Nancy Pelosi against the sitting President marks a new low in American politics.

In a surprising display of journalistic integrity, CNN actually published a follow-up article in which it corrects Pelosi by saying that the President would have to gain over 75 pounds to qualify for that label.

Therefore, in addition to being rude and unbecoming, Pelosi’s insult was factually inaccurate and misleading. The working relationship between the president and speaker have gradually declined since his taking office in 2017.

The gleeful reaction of liberal activists to the insult is a reminder of why Trump won in the first place. Conservative social media users quipped, “If Hydroxychloroquine is so dangerous, why aren’t the media celebrating that Trump is taking it?”

The joke is funny because of the hint of truth, which is that the manner in which Democrats continue to viciously attack President Trump is one of the reasons why his popularity seems immovable, and the enthusiasm of his base is ever-growing.

President Trump has delivered the decisive blow in the political clash over Hydroxychloroquine because it clearly can’t be that dangerous if the president is taking it.

Join me as I cover lectures from the Left on law and order! This coming...More

Now that he’s no longer President, Donald J. Trump can speak, shall we say––more candidly,...More

Trump Acquitted by Senate on Incitement of Insurrection in Landmark Trial. He is free to...More

What Is God Saying To The Fragmented Church?

Today we're dealing with a critical subject, asking how the church stands and influences the...More