An announcement made earlier this week by House Speaker Nancy Pelosi stated she’s not in favor of impeaching President Trump unless something is found compelling enough, and is bipartisan. The question remains, however, is whether or not she will call off those still insisting he must be impeached. 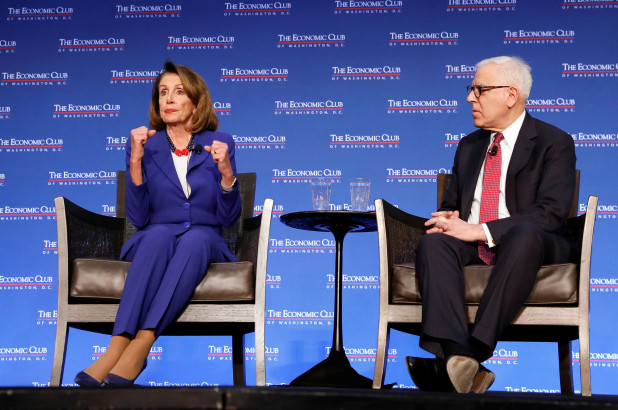 Committee Chairmen Jerry Nadler and Adam Schiff will keep on subpoenaing away, and grandstanding for the cameras — in hopes of maybe somehow, someday, somewhere finding some genuine dirt, while at least harassing the president, his family and associates and feeding an endless string of breathless this time, Trump is going down reports.

Source: Nancy Pelosi Just Admitted That Democrats Have Nothing On Trump | The New York Post