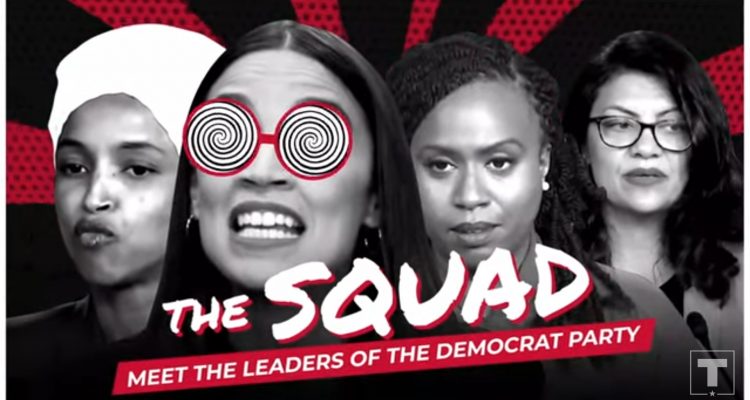 Some of the attacks are aimed at the 2020 contenders while others go after the most fringe elements of the Democrat Party.

In the video below, the Trump campaign takes aim at the fringe group known as “the squad” which includes Congresswomen Alexandria Ocasio-Cortez (D-NY), Rashida Tlaib (D-MI), Ilhan Omar (D-MN), and Ayanna Pressley (D-MA). Trump’s campaign labels them “the leaders of the Democrat Party” before blasting each one for different anti-American public statements.

Even more recently, Trump’s digital team reached back to footage from the first Democrat debate where all those on stage raised their hand to show support for healthcare for illegal immigrants:

President Trump appears indignant following the conclusion of the Mueller investigation, lashing out at vulnerable Democrats and pitting leadership against their party’s newest members.

Christy Johnston shares a prophetic word she received from a multi-part dream she had recently...More

Latest Polling Spells Doom For Democrats, Win For Trump In 2020

A new poll by Gallup is making Democrats nervous as it illustrates that Americans’ confidence...More

Gina La Morte shares the definition of the word "revelation" as an act of revealing...More

Doug Addison shares a word of wisdom and strategies for breakthrough in 2020. He also...More

No Comments on "MUST SEE: Trump Campaign Targets Democrats (VIDEO)"