Washington Times: After the media once again twisted President Trump’s words in regards to calling the MS-13 gang members “animals” a week ago, this story comes as a sort of “truth is stranger than fiction”. This MS-13 gang member’s actual nickname is “Animal”. 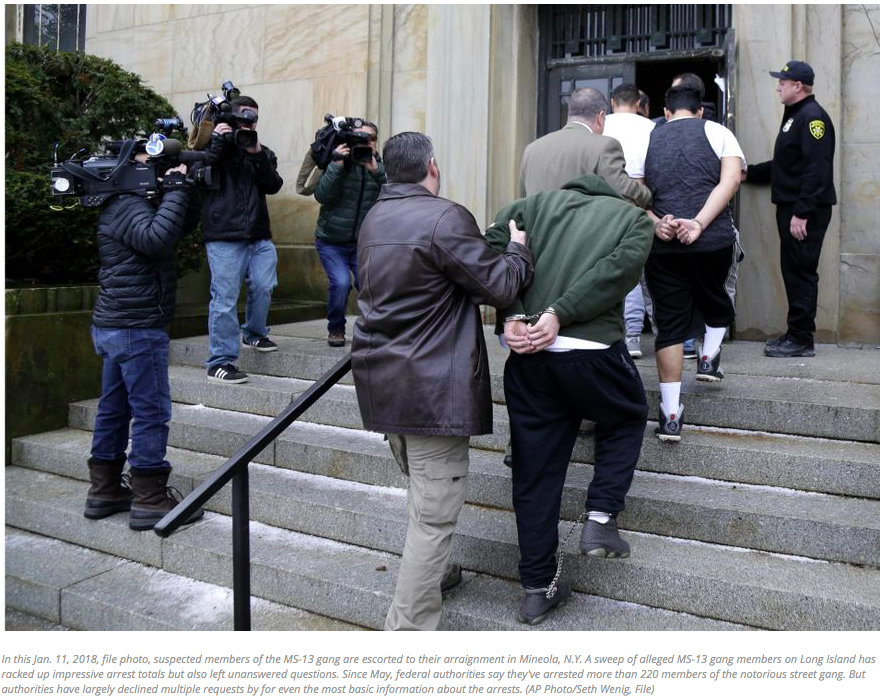 The nickname, which the prosecutors highlighted in the headline of a press release, is particularly telling, coming just a week after President Trump called members of the violent, immigrant-fueled MS-13 gang “animals.”

Joel Martinez, 23, admitted he murdered the 15-year-old as part of his initiation as a “homeboy” in Mara Salvatrucha, the gang’s full name.

“I stabbed the culero three times,” Mr. Martinez said, according to prosecutors. “He stared at me and he asked me if I was going to, if I was going to stab him. I told him, ‘Yes, the Mara rules you.’”