Breitbart: Laura Ingraham had both former Trump campaign national security adviser Carter Page, and former Trump adviser Michael Caputo on her show The Ingraham Angle, on last night in an interview. They are claiming they were approached by more than just one informant, and that the FBI was not the only agency involved. 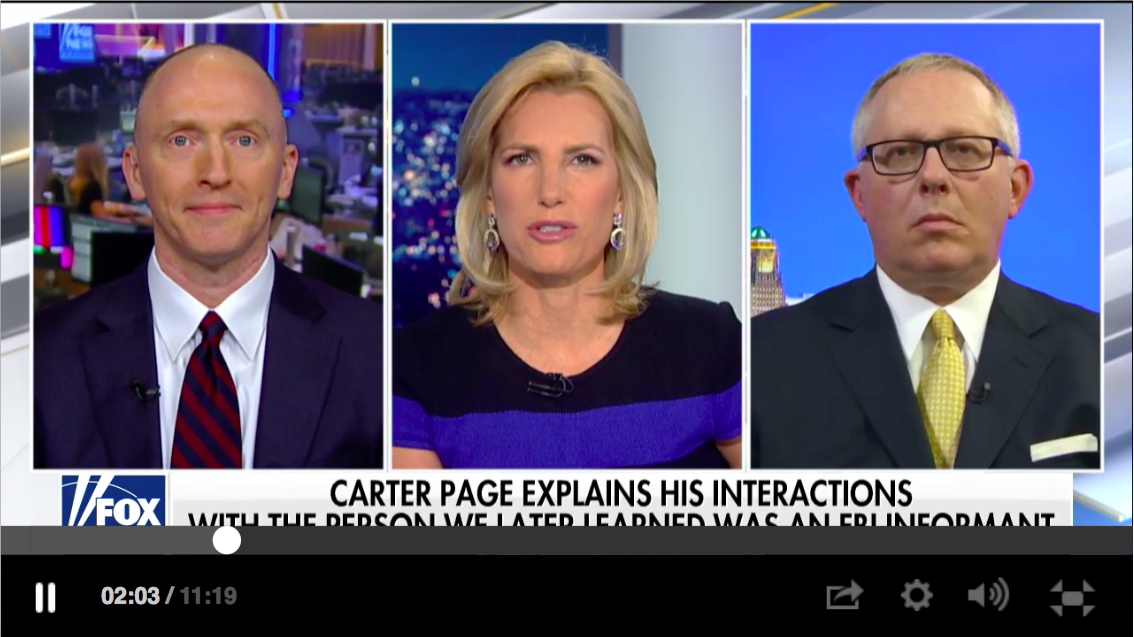 “You have spent time in Russia — Carter and I both have,” Caputo said. “In Russia, they call this the Siloviki — the national security leadership that secretly spies on the citizenry of Russia and here we are in the United States with our own Siloviki underneath President Obama. Let me tell you something that I know for a fact: This informant, this person that they planted, try to plant into the campaign and even into the administration if you believe Axios — he’s not the only person that came at the campaign and the FBI is not the only Obama agency that came at the campaign.”

“I know because they came at me, and I’m looking for clearance from my attorney to reveal this to the public,” he added. “This is just the beginning. And I’ll tell you, when we finally find out the truth about this Director Clapper and the rest of them are going to be wearing some orange suits.”

Source: More Than One Informant From an Obama Agency Approached the Campaign | Breitbart