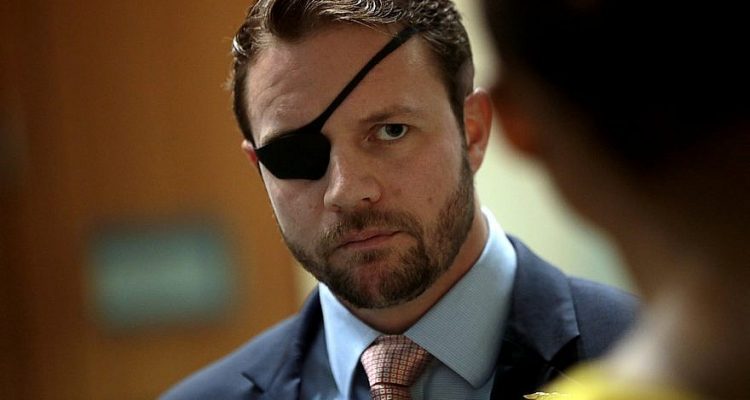 The former Navy SEAL quickly rebuked the company by pointing out that two of these three media personalities are actually Jewish.

He began, “Labeling mainstream conservatives as ‘Nazis’ is apparently a premise within which you operate…”

Crenshaw read part of the email in question, “Given that Ben Shapiro, Jordan Peterson and Dennis Prager are Nazis…”

He meticulously picked apart that claim, “Two of three of these people are JEWISH, very religious jews, and yet you think they’re Nazis? It begs the question- what kind of education do people at Google have? That they think religious Jews are Nazis? Three of three of these people had family members killed in the Holocaust. Ben Shapiro is the number one target of the alt-right and yet you people operate off the premise that he’s a Nazi. It’s pretty disturbing.”

The Congressman asked the million dollar question, which the executive dodged:

Do you have an example of Ben Shapiro, or Jordan Peterson, or Dennis Prager engaging in hate speech?”

Crenshaw wrapped up the argument by essentially calling them hypocrites,

“Here’s the thing. When you call somebody a Nazi, you can make the argument that you’re inciting violence and here’s how- as a country we all agree that Nazis are bad, we actually invaded an entire continent to defeat the Nazis. It’s normal to say hashtag punch a nazi because there’s this common thread in this country that they’re bad and they’re evil and that they should be destroyed. When you’re operating off of that premise, and frankly it’s a good premise to operate on, well, what you’re implying then is that it’s okay to use violence against them. When you label them, one of the most powerful social media companies in the world, labels people as Nazis. One could argue that you’re inciting violence. What you are doing is wholly irresponsible.”

See the testimony for yourself:

"What kind of education do people at Google have that they think that religious Jews are Nazis?"Watch as Dan Crenshaw calls out Google over a leaked document showing its employees calling PragerU, Ben Shapiro, and Jordan Peterson "Nazis."

Political advertising has long been a hot potato for social media companies, and with the...More

Tell me that art does not tap into the prophetic. Big Technology is working with...More