BizPac Review: A surprise from Mexico, one of the candidates running in their current Presidential election, Andres Manuel Lopez Obrador, says Trump is right. Obrador is no fan of President Trump but has promised to end corruption in Mexico if he is elected. 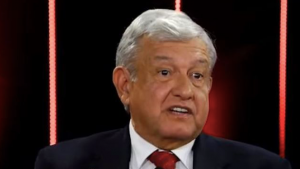 Obrador has vowed to change Trump’s perception of his country from the one the U.S. president has had since he launched his election campaign. Trump set off a firestorm in 2015 when he accused Mexico of sending rapists and drug dealers across the border and pledged to build a wall along the southern border.