The New York Times: Interesting op-ed by Bari Weiss which discusses a group of people who share things that fall under, That Which Cannot Be Said. There are some familiar names: Eric Weinstein, Sam Harris, Jordan Peterson, Bret Weinstein, Heather Heying, Ben Shapiro and a few others. Its a diverse group made up of not just conservative voices, but they do have something in common, they tend to go against the far left political ideology being spewed from mainstream media. 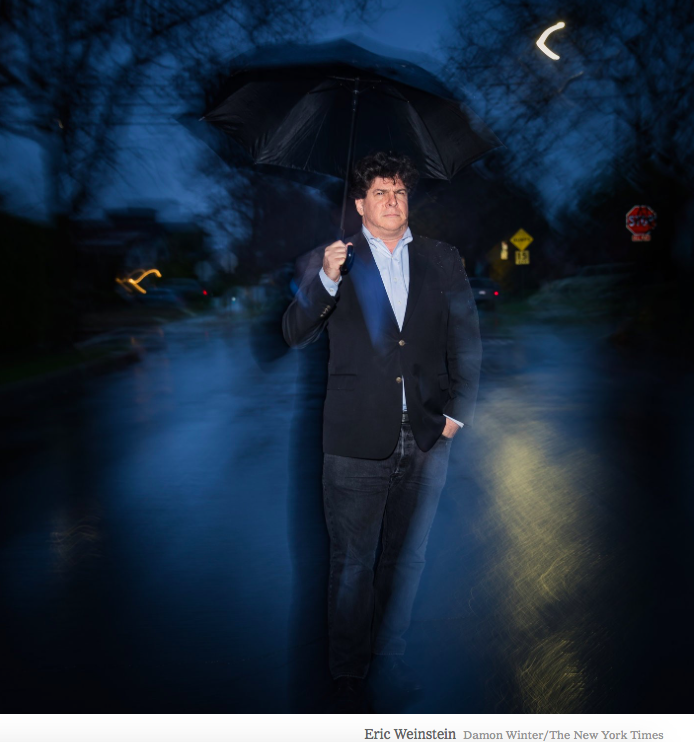 Excerpt from The New York Times:

I was meeting with Sam Harris, a neuroscientist; Eric Weinstein, a mathematician and managing director of Thiel Capital; the commentator and comedian Dave Rubin; and their spouses in a Los Angeles restaurant to talk about how they were turned into heretics. A decade ago, they argued, when Donald Trump was still hosting “The Apprentice,” none of these observations would have been considered taboo.

Today, people like them who dare venture into this “There Be Dragons” territory on the intellectual map have met with outrage and derision — even, or perhaps especially, from people who pride themselves on openness.

It’s a pattern that has become common in our new era of That Which Cannot Be Said. And it is the reason the Intellectual Dark Web, a term coined half-jokingly by Mr. Weinstein, came to exist.

It’s hard to draw boundaries around an amorphous network, especially when each person in it has a different idea of who is beyond the pale.

“I don’t know that we are in the position to police it,” Mr. Rubin said. “If this thing becomes something massive — a political or social movement — then maybe we’d need to have some statement of principles. For now, we’re just a crew of people trying to have the kind of important conversations that the mainstream won’t.”

Source: Meet The Renegades Of The Intellectual Dark Web | The New York Times

News Update – What is Really Happening With Iran?

I've been thinking about the Iran situation and I've just got back from the evangelical...More