The Blaze: In a speech last Saturday, Rep. Maxine Waters re-emphasized her remarks on going after Trump supporters while laughing about it and saying “I do that all the time, but..”. Waters also went on to say how some of her colleagues have told her to stop talking about impeaching the President which she then commented how she gets up in the middle of the night and can’t stop thinking about how she’s going to “get him.” 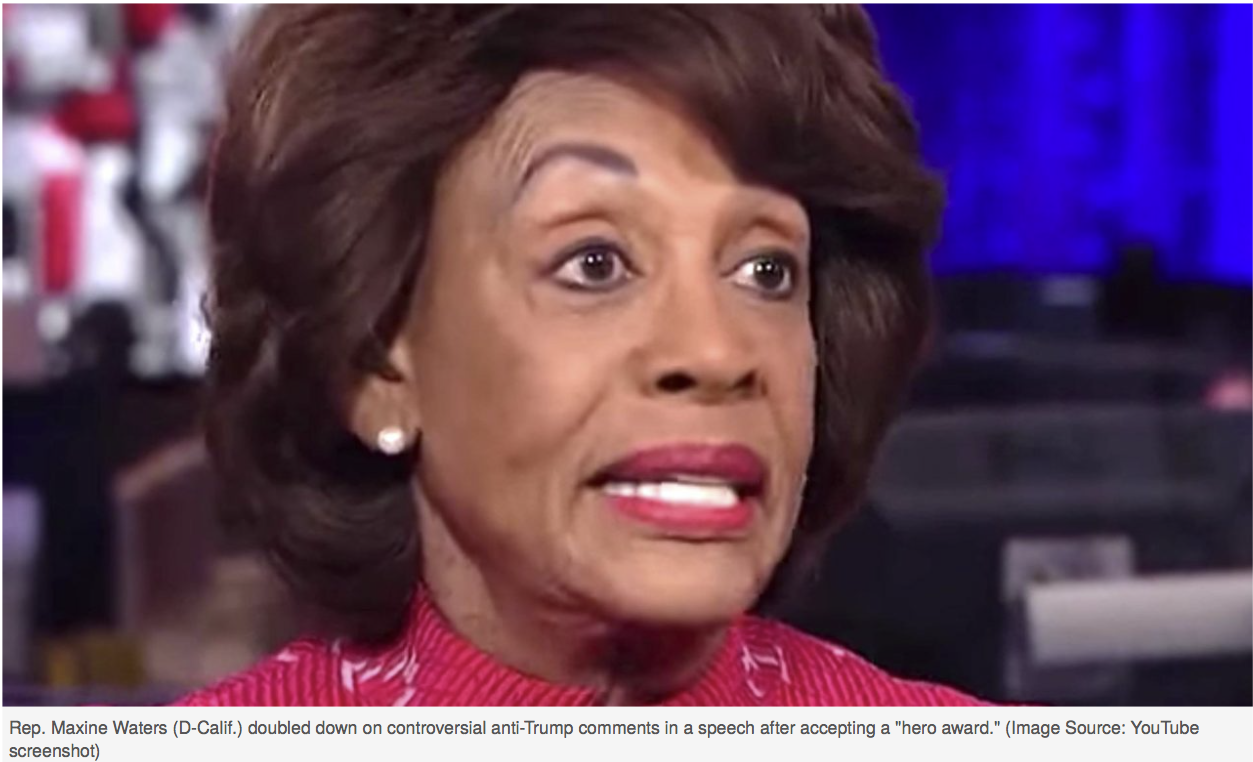 Waters was received a “hero award” from the Stonewall Young Democratic Club in California Saturday before making her comments to the assembled audience.

“We don’t ask permission to protest!” she told the audience. “We protest when we understand when we have to make America hear us, and see us, and understand that we all have something to say.”