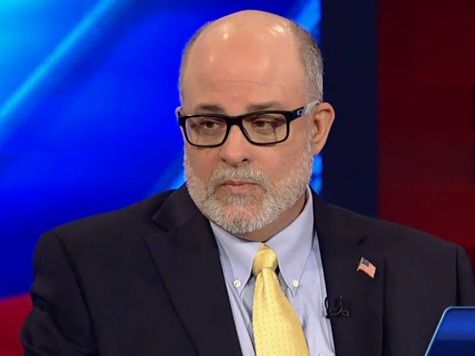 Most “Never Trump” news media figures, said Levin, were disingenuously opposed to Trump given their professional investments in seeking to sabotage his presidency:

People are attacking this man who would be celebrating this man if his name was Jeb Bush … [Donald Trump] is advancing the cause of liberty. He’s not a Code Pink Republican. He’s not an isolationist. On the other hand, he’s not a radical interventionist of the Lindsey Graham sort.

You’ve got neo-conservatives out there, among others, who are unappreciative or appreciative only in passing. I just think there’s so many people in the pseudo-conservative media who are personally vested in Trump failing because they wrote so many columns, or made so many speeches, or attended so many panel events, or think tank events, or were on Fox, or whatever, so thoroughly and completely against him, even up to the point of the general election. They wanted him to lose. They said they did, they voted for the third-party guy … That for their own careers, their own egos, and their own mindset, they cannot give Trump a break, and they’re not going to. That’s why they need to be dismissed.

“Never Trump” news media figures hostile to Trump needed to “wake up,” said Levin.
Levin described Trump as “the most conservative president since Ronald Reagan.” “Trump is trying to pull [America] to constitutionalism,” he added, after “Obama tried to pull America to the radical left.”

No Comments on "Mark Levin Nails It!"