FOX News Insider: FOX News Insider interviewed Lauren Cooley who is the Red Alert Politics Editor at the Washington Examiner, a publication of Media DC. In her role as Editor, Lauren leads a team of young writers who cover issues specific to the millennial generation. She also represents the Washington Examiner on television and radio. Lauren has been on a college campus tour to “Make Campus Great Again” and has been drawing more and more liberal students to hear her speak. 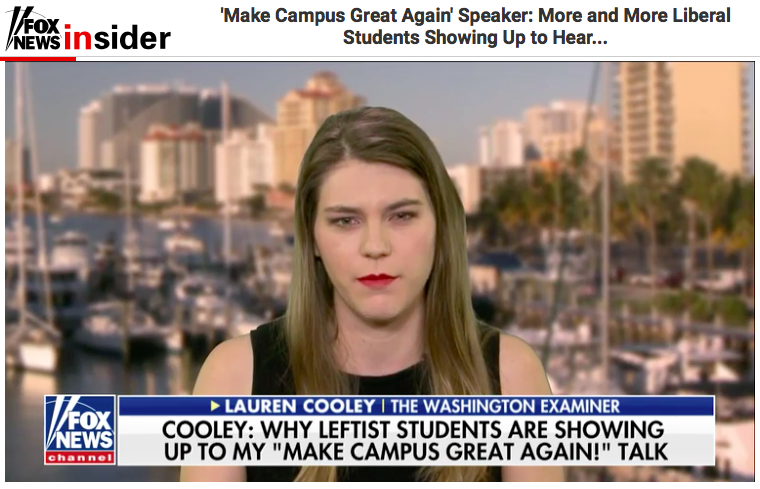 In a new op-ed, Lauren Cooley, Red Alert Politics editor for the Washington Examiner, said that leftist students don’t often encounter varying viewpoints on campus and they are “starving for diverse ideas.”

Cooley joined Bill Hemmer on “America’s Newsroom” and explained that the crux of her “Make Campus Great Again” speech is to encourage young conservatives to be active on campus and to promote free speech.

Although conservative students are her target audience, in recent months she’s seen more and more liberal students show up to hear what she has to say.