Fox News: An incident involving a car that crashed into the security barriers outside the Houses of Parliament in London, England is being treated as a terror incident. Ten people were injured, and a male suspect has been arrested. 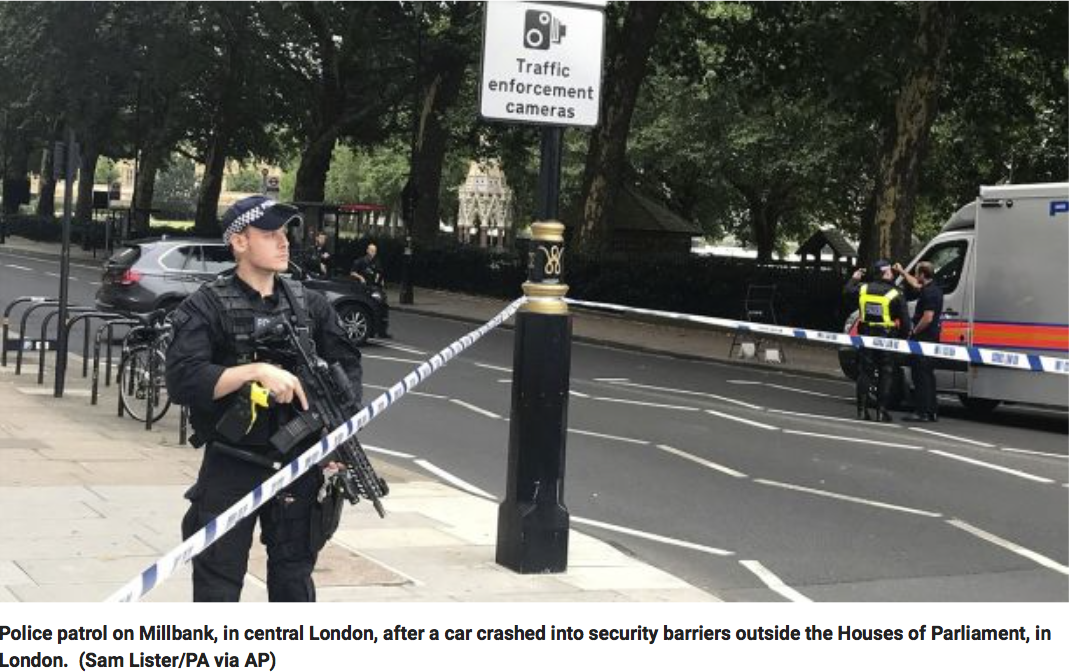 London saw a slew of terror incidents in 2017. The area was the site of a terror attack in March 2017 when Khalid Masood ploughed a car into crowds on Westminster Bridge, killing four people. Masood abandoned his car then stabbed and killed a police officer before being shot in a courtyard outside Parliament.

Months prior to the March attack, Khan came under fire for saying terror attacks were “part and parcel of living in a big city.”