The Blaze: Raw Story senior editor Martin Cizmar is enjoying the attention he’s receiving on his Twitter account after mocking a tweet by Rep. Steve Scalise. Scalise had tweeted condemning a graphic text sent to Senator Cory Gardner’s wife on Sunday calling on Democratic leaders to condemn the threats. 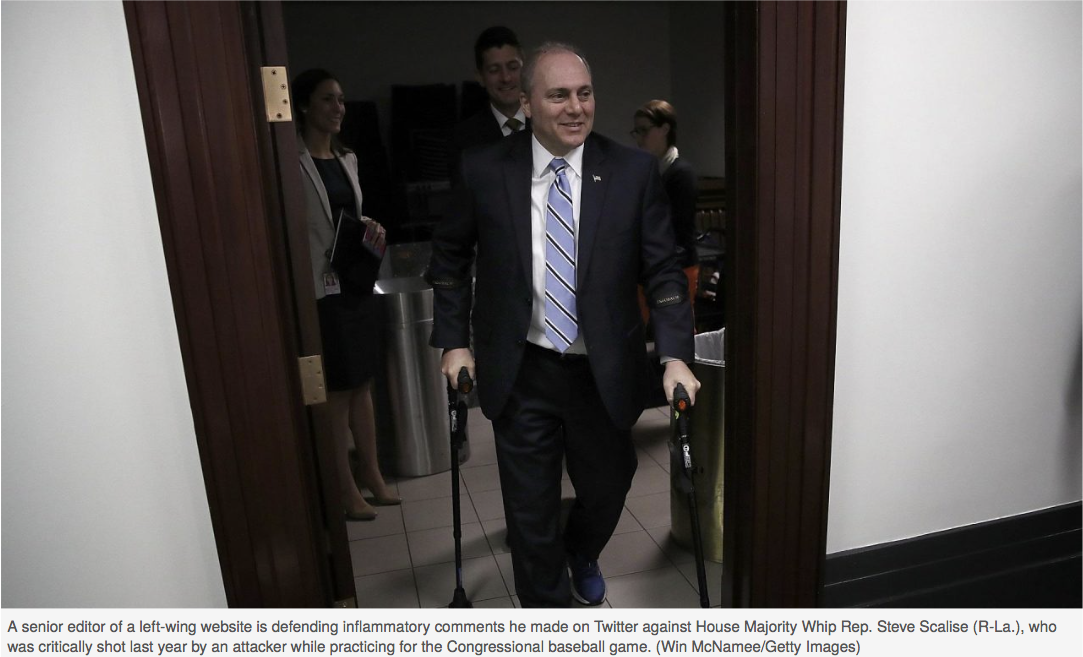 According to his Twitter feed, Cizmar seems to be enjoying the attention he’s received from the backlash of his comments. On Monday, he stated that his goal was to get over one million impressions from his top tweet about Scalise, egging on right-wing critics by saying, “Let the rage flow through you, my conservative friends. JUST THINK OF THE SHEER LACK OF CIVILITY!!”