Former Starbucks CEO Howard Schultz was recently interviewed on 60 Minutes. He hinted at a run for Presidency in 2020 as an independent candidate. Socialist-leaning Democrats like Elizabeth Warren and Alexandria Ocasio-Cortez reacted via social media to his interview. Their reactions were like that of territorial cats when another invades their space. You could almost hear the feline hissing specifically to his criticism of Ocasio Cortez’s proposed tax increases on the wealthy.

Ocasio-Cortez asked,  Why don’t people ever tell billionaires who want to run for President that they need to “work their way up” or that “maybe they should start with city council first”? 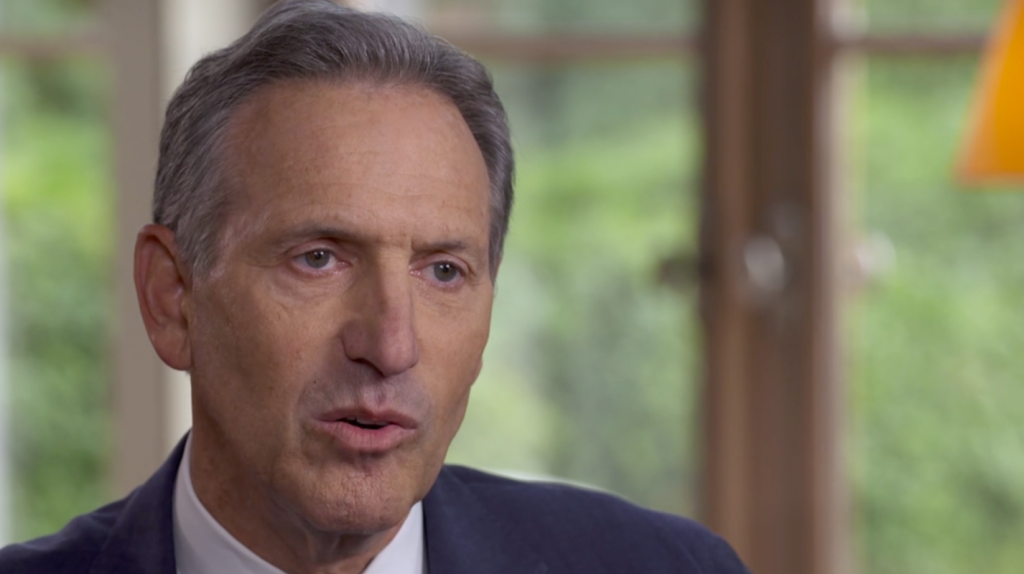 Evidently, or is it glaringly, Ocasio-Cortez wasn’t familiar with the Billionaire’s background. Shultz later responded, as well as many others, schooling the young, political neophyte, congresswoman.

Former Starbucks CEO Howard Schultz: “I’ve also been criticized for being a billionaire. Let’s talk about that: I’m self-made. I grew up in the projects in Brooklyn, New York. I thought that was the American dream. The aspiration of America.” https://t.co/bQP4w60eFT

Schultz grew up in the projects, was the first of his family to go to college, and turned a tiny coffeeshop into a multi-billion dollar company. How much more should he “work his way up?” https://t.co/JfqAfwxgXK

No Comments on "Socialist-Leftist Dems React To Billionaire Schultz"