Fox News: In an interview on “Fox and Friends,” radio host Michael Knowles shared that Democratic Socialists are urging Socialists to become teachers. The information based on an 11-page pamphlet was crafted jointly by YDSA (Young Democratic Socialists of America) and the Democratic Socialist Labor Commission. The pamphlet outlines the “success” of the recent West Virginia teachers strike, which it attributes to “creative shop floor organizing” from teachers who believed in “socialist politics.” 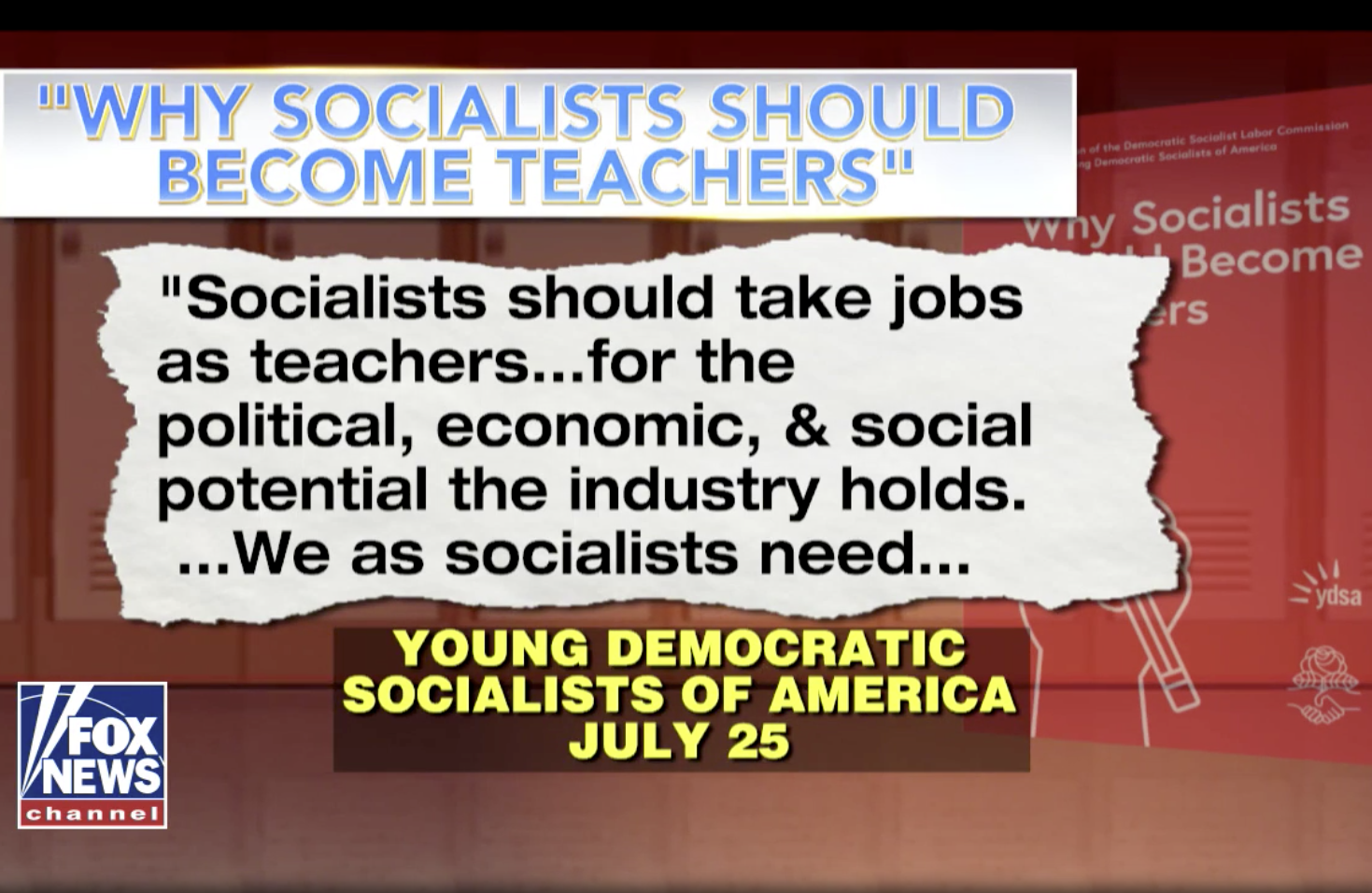 The Democratic Socialist platform was championed by Sen. Bernie Sanders (I-Vt.) two years ago on the campaign trail.

Knowles said Saturday that he believes Democratic Socialists are targeting the teaching industry and as a result, students, because they can’t win against adults. “They can’t win in the battle of ideas,” he said.

Source: Knowles: Dem Socialists Pushing To Infiltrate Schools Because ‘They Can’t Win In The Battle of Ideas’ | Fox News

No Comments on "Knowles: Dem Socialists Pushing To Infiltrate Schools Because ‘They Can’t Win In The Battle of Ideas’ | Fox News"