Campus Reform: In response to recent shootings on school campuses, student Kaitlin Bennett posed in her cap and gown with an AR-10 to protest the fact that students are not allowed to carry firearms on campus. Later after she graduated she carried her gun, across campus which Ohio State laws do not prohibit. Concerns arose after her photo began appearing in media outlets and the University responded stating that graduates are considered “visitors” and are allowed to carry according to state law. 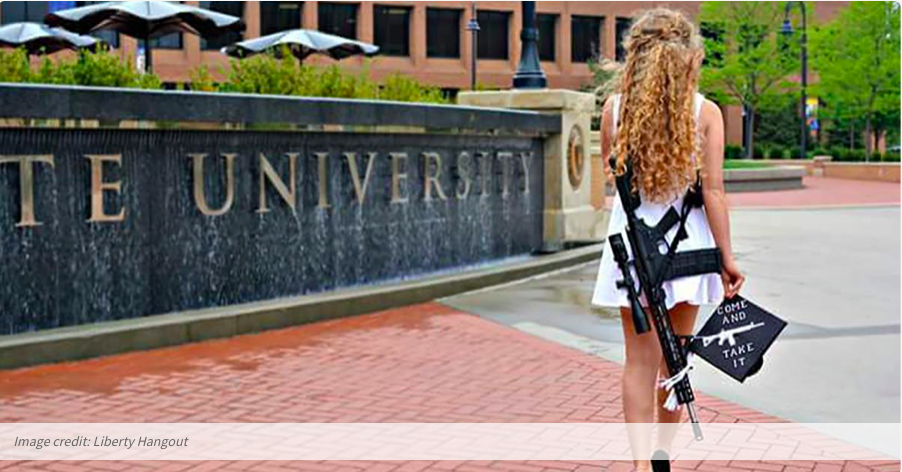 “We realize some in our community may have become concerned following media coverage of a recent graduate who posted a photo holding a rifle on our Kent Campus,” the university wrote.  “Let us assure you that our campus is safe and that what you have seen in the photo was legal under Ohio law.”

The school made clear, however, that it is not responsible for the fact that Bennett and other “visitors” to campus are allowed to carry firearms.

“The State of Ohio, not Kent State University, allows the public to openly carry a deadly weapon on state property, which includes our eight-campus system and all other public campuses across Ohio,” the school stated, noting that its Board of Trustees only has the power to regulate the “privileges” of “students, faculty, staff, and third parties doing business with Kent State.”

How To Prepare For Pentecost

During the coronavirus, President Trump lost his confidence, as he's not a scientist, so...More