White House Counselor Kellyanne Conway spoke with C-SPAN radio about a recent dialogue she had with CNN’s Jim Acosta. The exchange, for the usually calm Conway, went from her answering Acosta to quite firmly putting him in his place. 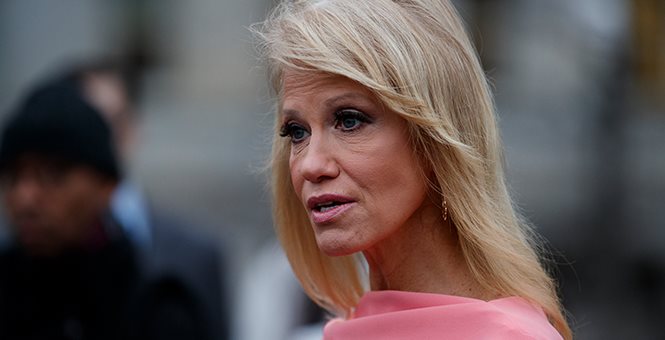 “I show respect to and engagement with the press writ large, and I’m just going to look past the personal slights like I always do,” she emphasized. “But I am watching and I do see what people write and my children do hear what they say, and I try to explain to them, ‘Just don’t be a miserable person.’ That’s not about any one reporter, including that one for sure. Be the bigger person, don’t be a miserable one, work hard.”

“I’m just not going to be bullied and insulted,” she added. “And it’s that simple. So if somebody tries it again, you know I never draw first blood, I’m very nice, let the record reflect that I’ve been nicer to people than they are to me during our tenure at the White House, but if anybody bullies me again, they can expect the same kind of treatment.”

Source: Kellyanne Conway on Exchange With Acosta: I Never ‘Draw First Blood’ But I’m ‘Not Going to Be Bullied’ | Townhall

No Comments on "Kellyanne Conway on Exchange With Acosta: I Never ‘Draw First Blood’ But I’m ‘Not Going to Be Bullied’"