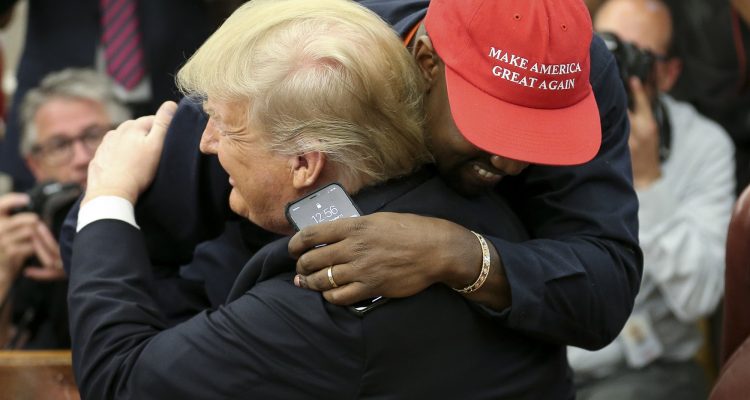 Award-winning hip-hop artist and notorious Trump supporter Kanye West shocked fans over the weekend by announcing himself as a candidate for President of the United States in 2020.

The rapper turned fashion designer made the announcement in a tweet on the fourth of July:

“We must now realize the promise of America by trusting God, unifying our vision and building our future. I am running for president of the United States! #2020VISION”

West received a major endorsement right away from billionaire Elon Musk who replied, “You have my full support!” It remains unclear what exactly motivated the Georgia native to take on such a big endeavor but he has been known to be unconventional in his creative ways of thinking.

The most pressing question is this: How will this affect the 2020 election between President Donald Trump and former Vice President Joe Biden? This is nothing short of a disaster for Joe Biden’s campaign and the move may have been designed to be exactly that.

Kanye West’s support for Donald Trump has been evident since the very beginning, here’s just part of the timeline:
• West meets Trump & takes photos at Trump Tower in 2016
• West visits President Trump in the Oval Office sporting a MAGA hat in 2018
• West shouts “Republicans freed the slaves!” at an outdoor church service in 2019

It is also worth mentioning that Mrs. West, more commonly known as Kim Kardashian, worked closely with the Trump administration on criminal justice reform.

With the mainstream media’s relentless attempt to undermine Trump at every turn and virtually every poll showing him behind in the race, I am convinced that Kanye West’s latest stunt is a creative effort to help Trump get re-elected.

The only question that remains is whether this will remain covert through the election or if West will opt to drop out and endorse President Trump before the November 3rd election.

Just when we thought the 2020 election couldn’t get any more interesting, a pro-Trump rapper enters the race. Don’t believe it will affect the outcome? Then consider this: Kanye West’s home state of Georgia has been projected to be pro-Biden by just 2 percent. A West candidacy all but gives away the state’s 16 electoral votes to Trump.

It has become a two-man race for the Democrat nomination for President after US Senator...More