FOX News: The highly anticipated IG Report was released today, which contains details that cover the FBI’s handling of the Clinton Email Case. Just prior to it’s release, an email exchange from August 2016 between Peter Strzok and then girlfriend, Lisa Page, showed the what looks to be their intention to stop then candidate Trump from becoming President. 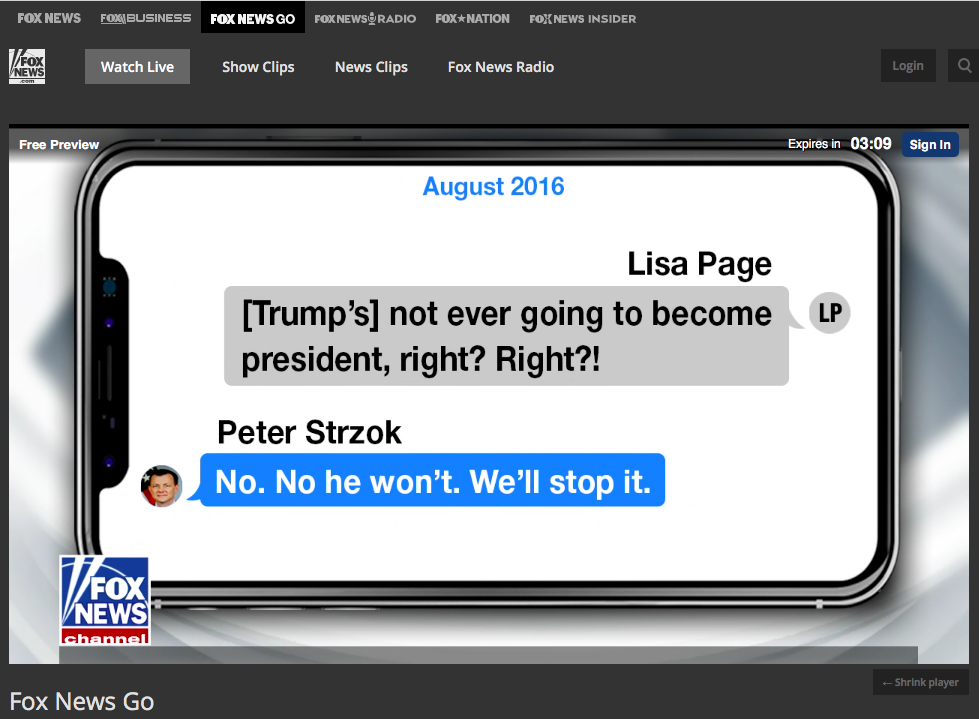 For more than a year, Horowitz has been reviewing the agencies’ actions related to its investigation into Clinton’s use of a private email server while she was secretary of state.

Horowitz’s investigation looked at a variety of allegations, including whether it was improper for Comey to make a public announcement about not recommending prosecution over the Clinton email arrangement.

“We found that it was extraordinary and insubordinate for Comey to conceal his intentions from his superiors, the Attorney General and Deputy Attorney General, for the admitted purpose of preventing them from telling him not to make the statement, and to instruct his subordinates in the FBI to do the same,” Horowitz’s report says.