FOX News: The 81 year old senior justice turned in his letter of intention to resign, effective July 31st. It had been rumored earlier this year that another might retire and this decision comes after his law clerk Neil Gorsuch, was appointed to the seat left vacant by Justice Antonin Scalia. 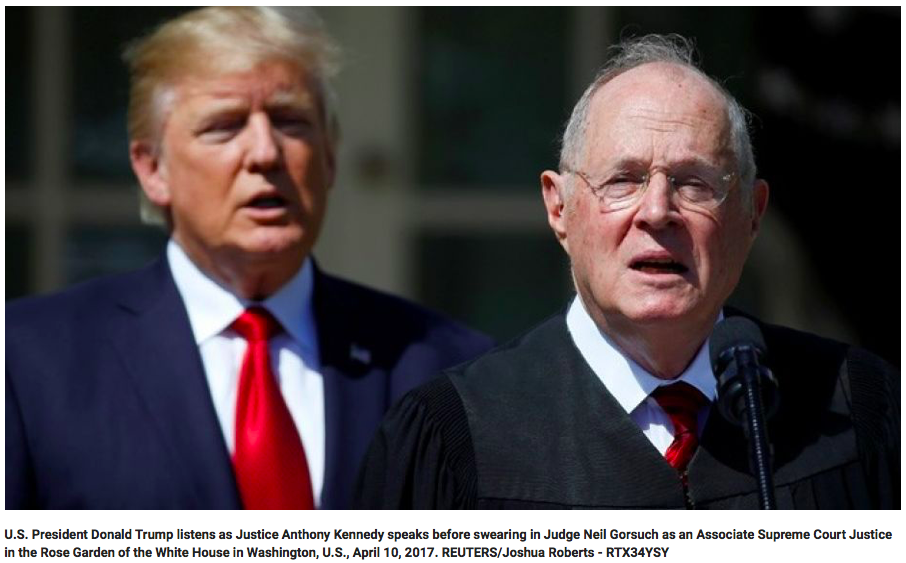 Arguably the most powerful member of the Supreme Court, Kennedy’s moderate-conservative views often left him the “swing” — or deciding — vote in hot-button cases ranging from abortion to gay rights to political campaign spending. A Supreme Court vacancy will likely become a key issue in a midterm congressional election year, when control of the Senate is at stake. That body will consider Trump’s latest high court nominee, requiring only a simple majority for confirmation. GOP leaders changed the rules when Gorsuch was being considered, to get rid of the 60-vote procedural filibuster threshold.