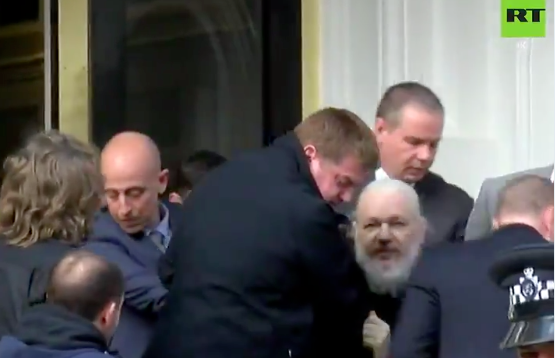 Julian Assange was arrested in the UK this morning after Ecuador terminated his asylum for alleged “repeat violations” of international conventions, according to BBC news. Ecuador’s President, Lenín Moreno, gave the following statement via Ecuador’s official Twitter account.

Assange first fled to the Ecuadorian embassy seven years ago to avoid extradition to Sweden for a sexual assault case that has since been dropped.

The larger concern for Assange, however, was a fear of being extradited to the US to face charges relating to sharing US secrets via wikileaks. You can watch his removal from the embassy below and we’ll update this story as it develops.

WATCH: Moment Julian Assange is CARRIED out of the Ecuadorian Embassy in London. pic.twitter.com/OEeqmoksGr