The Elijah List: Justify, a three-year old racehorse just won the Triple Crown over the weekend. He’d caught the attention of many for one because as a three-year old, he’d only started racing just this year. Normally racehorses begin as two-year olds. Generally speaking for a horse to win the Triple Crown apparently it is quite the feat for a normal racehorse. The name Justify, had caught my attention when he won the Preakness in the second of the three races that make up the Triple Crown. Justify, ridden by jockey Mike Smith, had given unabashed praise to Jesus after winning that race. I wondered what God might be saying in this – because at the same time I had also noticed there have been more and more reports in the news with arrests being made in sex-traffickng rings and related. Could this be God speaking to us? Through a horse? He’s spoken in unusual ways before (there is that story of Balaam and his donkey). 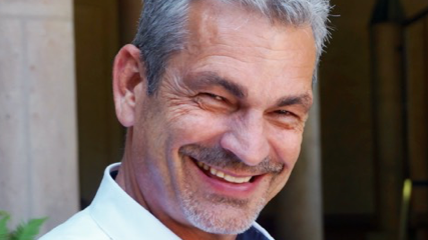 For those who didn’t follow the races, Promises Fulfilled and Restoring Hope are the actual names to two horses who had key roles to play. In March, Promises Fulfilled at 18-1 odds, shocked the horse racing world by winning the Fountain of Youth race, defeating preseason favorite Good Magic. (There was so much significance to that race alone and I have written on that before.) Though Promises Fulfilled did not win any of the three big races, he was a significant player in the Kentucky Derby as a pacesetter riding next to Justify for much of the race. Likewise, Restoring Hope performed a similar role in the Belmont, running ahead with Justify for much of the set-up of the race. Because Justify had an inside #1 post position, it was very helpful if not key to have Restoring Hope forcing any horse that might want to challenge Justify to go far and wide, thus tiring them should they opt for that option. Since Restoring Hope is also trained by Bob Baffert, some saw that set-up as being an intentional booster to Justify’s chances, which were unassailable anyway.

Source: Johnny Enlow: “God’s Justice is About to Go Viral On a Whole Other Level” | The Elijah List

No Comments on "Johnny Enlow: “God’s Justice is About to Go Viral On a Whole Other Level” | The Elijah List"