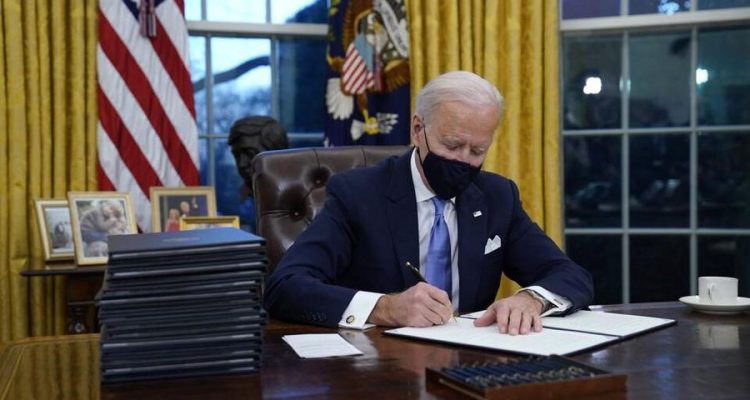 The Biden Administration has been in power less than a week but has spared no time or effort in bringing destruction to the American economy and public policy.

For example, Biden signed 19 executive orders in his first three days which is a stark contrast to Trump’s one, Obama’s five, Bush’s zero, and Clinton’s one. The actions address a broad range of issues including coronavirus, the economy, the environment, immigration, the census, and the military.

The most concerning of President Biden’s executive actions came on his very first day in office on January 20 including the following:

The lifting of President Trump’s travel ban, often maligned as the “Muslim ban,” puts the U.S. at a greater risk of attack from radical Islamic terrorists from Iran, Iraq, Libya, Somalia, Sudan, Syria, and Yemen.

Reversing President Trump’s directive not to include illegal immigrants in the census and reapportionment of Congress stands to benefit Democrats both in government and in the Electoral College.

Getting rid of the 1776 Commission will perpetuate self-destructive public education that erodes the fabric of American society, capitalism, and patriotism.

Rejoining the Paris Climate Agreement and the World Health Organization stands to undermine the sovereignty of the United States.

The only hope for stopping some of these directives is that the Supreme Court will take up legal challenges especially if the unprecedented pace is maintained.