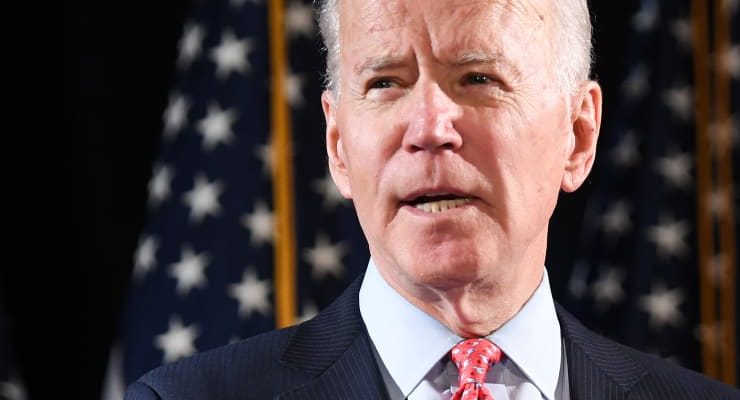 Joe Biden’s cognitive decline became painfully obvious the same week that he became the sole remaining major Democrat in the race for President of the United States.

In two separate television interviews, the former Vice President seems incapable of keeping his train of thought and appeared worse than ever before.

Joe Biden, 78, has always been a self-confessed “gaffe machine” but concerns pertaining to his health and questions about his fitness to serve as President are reaching unprecedented levels.

On Tuesday, the former Vice President appeared on ABC’s This Week and told the host,

“We’ve never allowed any crisis from the Civil War straight through to the pandemic of 17, all the way around, 16, we have never, never let our democracy sakes second fiddle, way they, we can both have a democracy and … correct the public health.”

See the exchange for yourself below:

Then on Wednesday, Biden had a similar experience while being interviewed by CNN’s Chris Cuomo when he said,

“And, uh, but look – it’s been done, we’re gonna get the election results in what, uh, about what a week or so after this, I forget the date, the 13th? And, uh, I, uh, you know, I — I think that, uh, you know – if there’s an election, if there was an election- if people- depending on how many people showed up, I think I will have done well but, uh, who knows, we’re gonna find that out.”

See the footage for yourself:

Lastly, President Trump said something very intriguing in his press briefing yesterday when he posed the question- “Why hasn’t President Obama endorsed Joe Biden?” He answered his own question saying it’s because he “knows something” we don’t, the President teased that he knew but the media doesn’t.

What could it be?

See the clip of the President for yourself below: