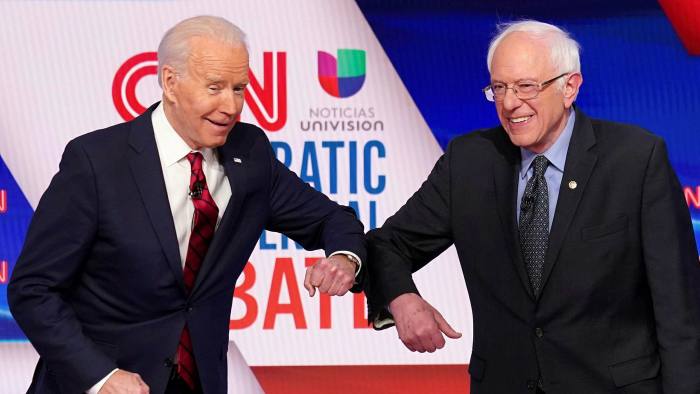 For all of Joe Biden’s and his campaign’s “unity” rhetoric, he has fallen far short of coming anywhere remotely close to uniting a very divided country, according to recent polling from multiple outfits.

The only thing that the 46th president has united is political parties, both for and against him. While he enjoys near-unanimous support from his own Party, he suffers from almost no support across the aisle.

According to Gallup, Biden has already polarized our two-party system more than any president in recent history with 98 percent of Democrats approving of his job as president and 89 percent of Republicans disapproving. Even so, Gallup, FiveThirtyEight, and RealClearPolitics all show his approval rating above fifty percent for the time being.

However, Quinnipiac’s first poll since Biden took office shows him sinking to 49 percent. Biden appears to be benefiting from many voters reserving their judgement this early in his term of office with independents slightly more approving than disapproving and many voters expressing no opinion.

President Biden’s biggest advantage, without question, is a left-leaning corporate and social media which spent the entirety of his predecessor’s term attacking him relentlessly. Conversely, the new administration has seen nearly all positive news coverage from the mainstream media and the blessing of so-called fact-checkers blunting online criticism.

Despite his Inauguration Day speech in which he said, “I will be a President for all Americans,” President Biden has ruled by executive fiat with more executive orders signed in his first two weeks than any other president in history. Moreover, he has opted not to reach across the aisle on the legislative front due to the Democrats’ majority in both houses of Congress.

Personifying this single-party rule was the passage of a resolution to move forward with the Democrats’ $1.9 trillion COVID-19 stimulus bill. The bills did not receive a single Republican vote in either the House or the Senate. Vice President Kamala Harris broke the 50-50 tie in the Senate, something we will see a lot more of.

The Biden Administration continues to move forward on several hyper-political issues including climate change, doubling the minimum wage, amnesty, and more. There also appears to be a purge of Trump appointees across several federal agencies.

This progressive agenda, which has seen vocal support from radical Democrats like Bernie Sanders and Alexandria-Ocasio Cortez, is quite contrary to the moderate that Biden professed himself to be during his presidential campaign. It has also served as confirmation of what many conservatives, and the Trump campaign itself, warned: Joe Biden is a Trojan horse for a push for socialism in America.

President Trump is receiving praise and criticism for announcing his intention to sign an executive...More