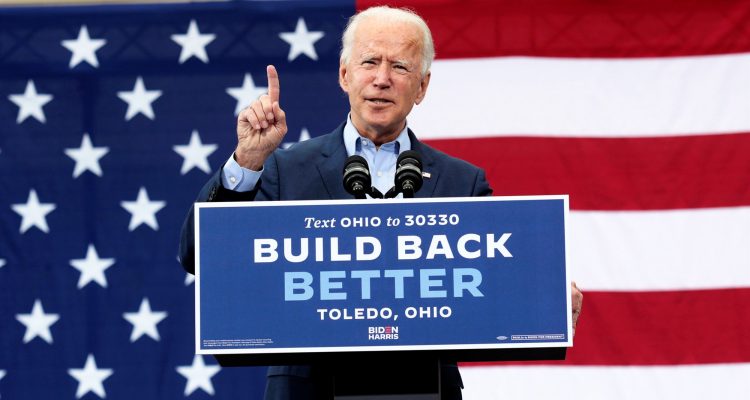 Share it !
While Democrat presidential nominee Joe Biden’s cognitive decline has been apparent for some time, a couple of alarming incidents in recent days are a stunning reminder of how ill prepared the former Vice President is to take on the most stressful job in the world.

For the second time since announcing his campaign for president, Biden referred to himself as a candidate for the Senate saying “I’m a proud Democrat running for the Senate.”

Joe Biden appeared to forget Mitt Romney’s name while referring to the 2012 campaign. Instead, he referred to him as “the senator who was a mormon.”

The list of gaffes made by Biden throughout his 2020 run for the White House are so numerous that it is actually difficult to even keep track of them but these recent incidents serve as a strong reminder that he appears incapable of serving as President of the United States.

This inconvenient truth was recognized by Fox News television host Sean Hannity who issued a scathing rebuke of Biden’s candidacy saying, “I am more than worried that this man could represent a clear and present danger to this country.”

The conservative TV and radio personality reinforced his case by bringing up some similar not-so-long-ago examples of Biden’s mental deterioration including when he tried to recite the first phrase of the Declaration of Independence only to stop short saying, “we hold these truths to be self-evident that all men and women are created — by, … you know, the thing.”

“He is obviously not capable of leading,” Hannity explained. “He has been hiding the entire campaign and the corrupt media mob is covering for him. Joe wants to be the president of the United States of America — that would be the toughest job in the world — and at times Joe doesn’t seem to remember that he’s running for president, or what state he’s in, what day of the week it is.”

The talk radio star begged the question, “Does anybody really believe that if elected, Joe Biden will actually be in control of anything?”

It is abundantly clear that Joe Biden is falling apart before our eyes and there is no question that the overwhelming stresses of the job of President of the United States would only accelerate his cognitive decline.

Americans should rebuke this act of elder abuse by delivering a decisive victory to President Trump.