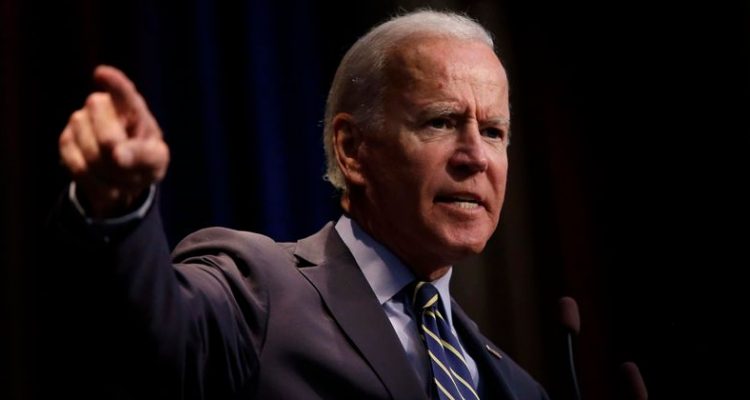 Another day, another Joe Biden confrontation. It’s not a secret that Biden has a tendency to get physical with people but his usual “creepy” vibe was eclipsed by an “bully” one as he got physical with a climate activist in Iowa.

The exchange began innocently enough with the man saying to Biden, “I like you and I’m going to support you because we’ve got to get rid of Trump but what are we gonna do about climate change?”

He then began to go into some environmental policy when the former Vice President interrupted, telling him to “go vote for someone else” and sort of pushing him in the chest.

Biden inquired, “You’re not gonna vote for me in the primary?”

The voter responded, “I am in the general if you treat me right, haha.”

Biden quipped back, “Well, I’m not. Look, you’re asking a picture of me, coming up to me telling me you don’t support me.”

The man clarified that he is planning to support him in the general but that was not good enough for the presidential hopeful who replied, “I’m looking for a primary, and a caucus.”

Then came perhaps the most uncomfortable moment as Biden grabbed both sides of his jacket zipper, pulling him close before criticizing his preferred candidate.

The video ends after the man is heard asking, “Can I get a picture?”, to which Biden responded flatly, “No.”

The latest snafu comes at a time when Biden is fighting to remain competitive in early primary states as Bernie Sanders appears to be surging.

Watch the tense exchange for yourself below:

Biden: "Go vote for someone else."

When asked about pipeline infrastructure, Joe Biden advises Ed Fallon to "Go vote for someone else." He goes on to say, in so many words, that we can't make a difference by 2030.

No Comments on "Joe Biden Gets Physical With Iowa Voter (VIDEO)"