Jim Acosta in his now, well-known fashion yet again, violated an old rule of journalism. The rule is simply not to become the story. Acosta show-boated, and challenged the President rather than asking questions, and then when the White House intern attempted to get the microphone, he brushed her off while holding tightly to the mic. 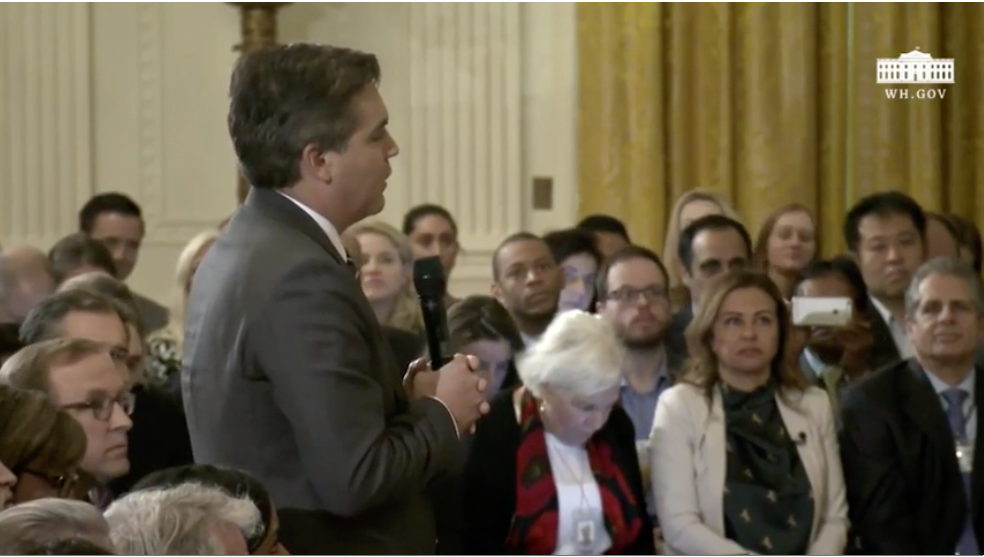 Trump, to his credit, actually answered in a substantive way, but that didn’t satisfy because the reporter didn’t really ask a question. He too just wanted to make an accusation and argue. On camera.

There was a time not long ago when young journalists were taught not to become the story. Apparently, many news organizations have flipped that lesson on its head.

But we are witnessing something more insidious here than media trash talk. Plain and simple, we are watching expressions of personal hatred.

Yes, it’s true that most journalists lean far left and their bias sticks out like so many sore thumbs. That’s been true for a long time, but political bias is an insufficient explanation for the Jim Acostas of our time.

They hate Trump. They really, really hate him. There’s nothing professional about it.