In response to a tweet from Rep. Ilhan Omar (D-MN),  Elaine Luria (D-VA) and Josh Gottheimer (D-NJ) sent a letter to Democratic House leadership asking for them to speak out against any lawmaker. Omar’s tweets which were viewed as anti-Semitic were also objected by additional Democrats including Obama’s former Ambassador to Israel Dan Shapiro, Chelsea Clinton, and Rep. Jerrold Nadler (D-NY). 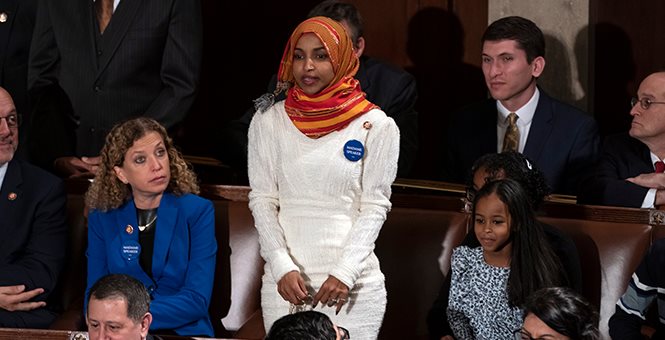 “As Jewish Members of Congress, we are deeply alarmed by recent rhetoric from certain members within our Caucus, including just last night, that has disparaged us and called into question our loyalty to our nation,” they wrote. “We urge you to join us in calling on each member of our Caucus to unite against anti-Semitism and hateful tropes and stereotypes.”

While the letter did not mention Rep. Ilhan Omar (D-MN) by name, it is clearly referring to her tweets Sunday evening that many interpreted to be anti-Semitic.

Her tweets suggested that there was money behind U.S. policy in relation to Israel that was coming from the American Israel Public Affairs Committee (AIPAC).

No Comments on "Jewish House Democrats Call on Leadership to Condemn Anti-Semitism After Rep. Omar’s Comments"