The Epoch Times: Actor James Woods is one of the latest conservative voice’s suspended on a social media platform. Access to his Twitter account was denied recently after he received an email asking him to remove a tweet of a meme he posted on July 20th, 2018. The content of the meme itself was satirical, but Twitter claims it has the potential of affecting votes. 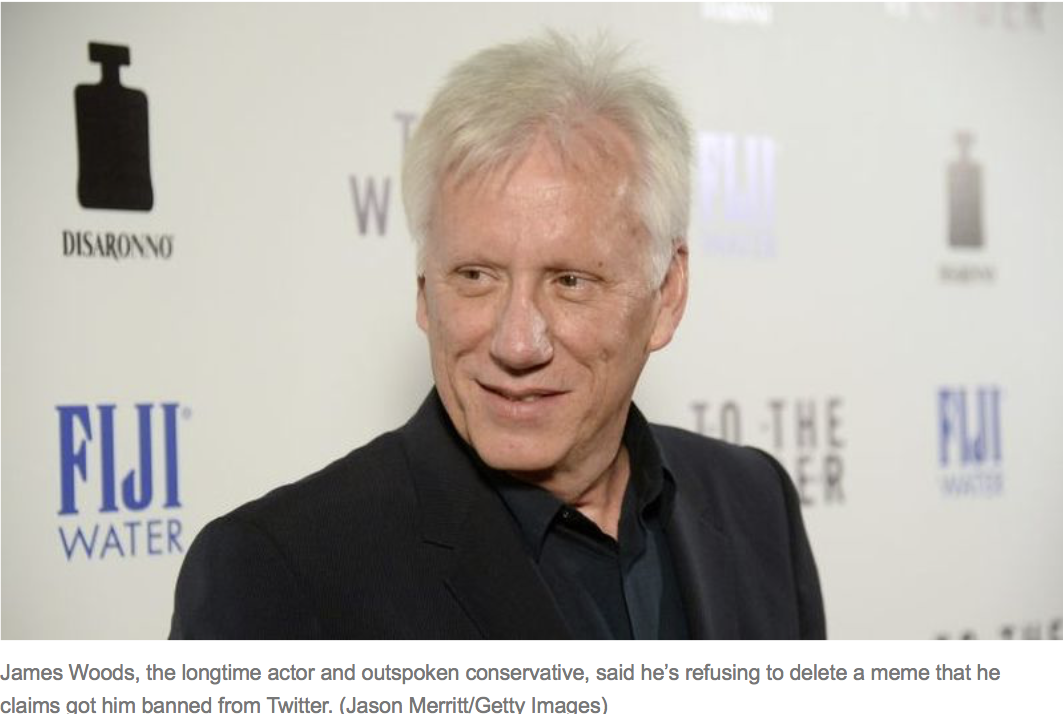 Excerpt from The Epoch Times:

“The irony is, Twitter accused me of affecting the political process, when in fact, their banning of me is the truly egregious interference,” Woods told AP. “Because now, having your voice smothered is much more disturbing than having your vocal chords slit. If you want to kill my free speech, man up and slit my throat with a knife, don’t smother me with a pillow.”

According to a Twitter user who identifies herself as the actor’s girlfriend, Woods also blasted Dorsey as “a coward” before adding, “There is no free speech for Conservatives on” Twitter.