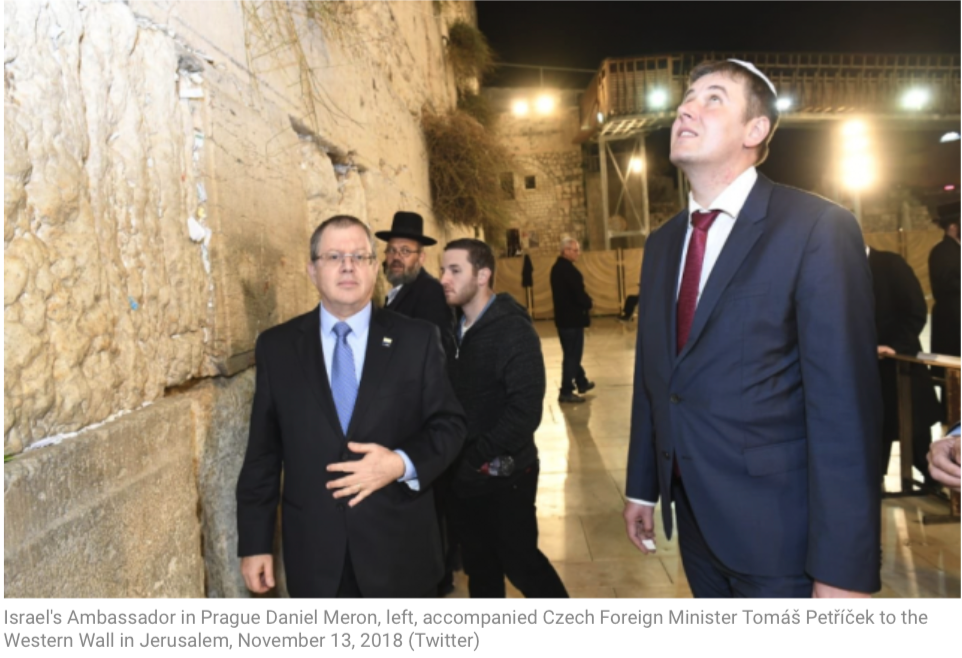 By visiting the Old City accompanied by an Israeli official, Petříček “has violated this principle,” he wrote, adding that Ramallah expects the Czech position to be in line with those of the European Union.

The EU, like much of the international community, does not recognize Israel’s annexation of East Jerusalem, including the Old City, and so officials of member states usually refrain from going there in the company of Israeli officials. European dignitaries who want to visit the site usually do so in a private capacity.