Anyone with an ounce of prophetic anointing senses bad stuff happening in the spirit realm over these governments.

IRANIAN DIPLOMAT BASED IN QUIET VIENNA CAUGHT WITH EXPLOSIVES INTENDED TO KILL PRO-DEMOCRACY PARTICIPANTS IN PARIS!

(But you won’t hear that. You’ll hear about Michael Cohen’s recording involving a 10-year-old playboy incident.) 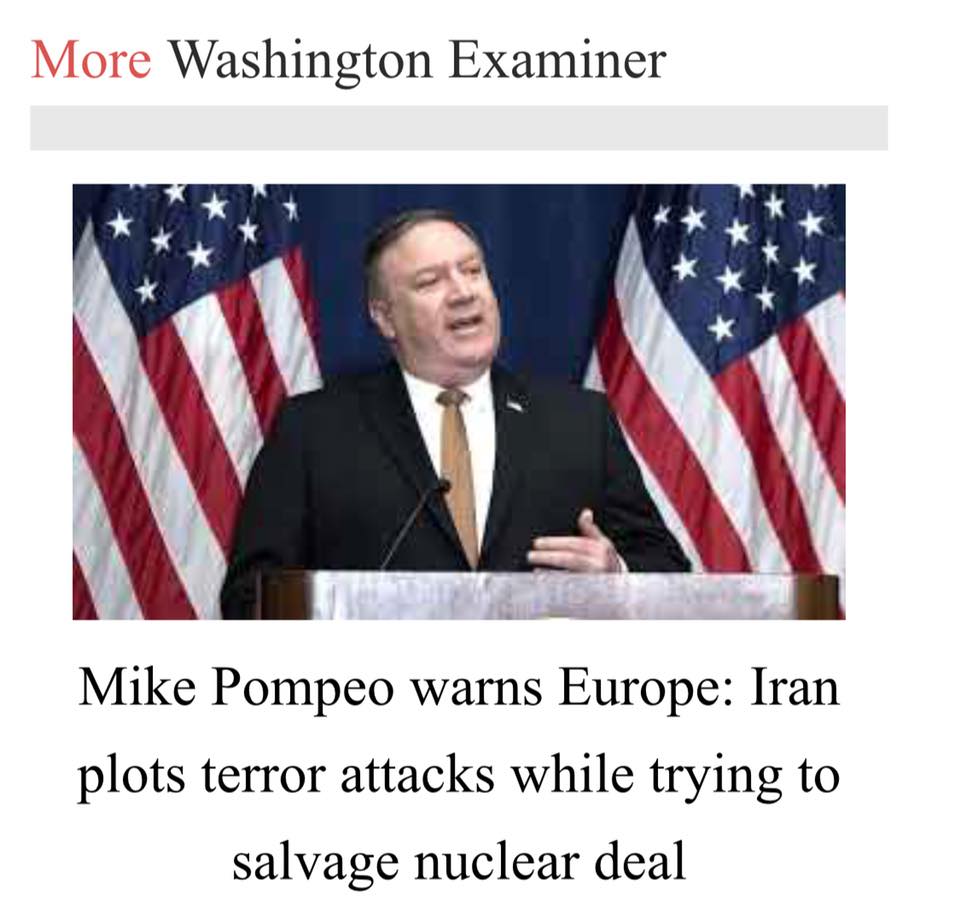 Mike Pompeo just released this stunning report, saying:
“Just earlier this month, an Iranian ‘diplomat’ based in Vienna was arrested and charged with supplying explosives for a terrorist bomb scheduled to bomb a political rally in France,” Pompeo said in his speech, referencing to the foiled terrorist plot against the annual gathering of the Iranian opposition coalition National Council of Resistance of Iran in Paris, where tens of thousands of Iranians and hundreds of dignitaries from across the world had gathered to support the cause of freedom and democracy in Iran. Attendants included several high-profile U.S. and European politicians.

The diplomat in question, Assadollah Assadi, was the head of the Iranian regime’s espionage and intelligence operations at its Vienna embassy and was personally responsible for delivering one pound of explosive material to an Iranian couple tasked with carrying out the attack.

“This tells you everything you need to know about the regime: At the same time they’re trying to convince Europe to stay in the nuclear deal, they’re covertly plotting terrorist attacks in the heart of Europe,” Pompeo said in his speech.

Trump has a prophetic discerning about this militant Iranian regime. It is different than North Korea. It is our number #1 enemy, and the people of Iran deserve all the help we can give them. Obama turned a deaf ear to pro-democracy leaders who were brutalized. Trump is cheering them on.

No Comments on "Iran and Turkey…"