In India, elections in three key states just took place where Hindu Nationalist BJP lost governmental positions. Indian Christians are feeling some relief as a result. Christians in the three states have endured dozens of incidents involving violence and persecution. 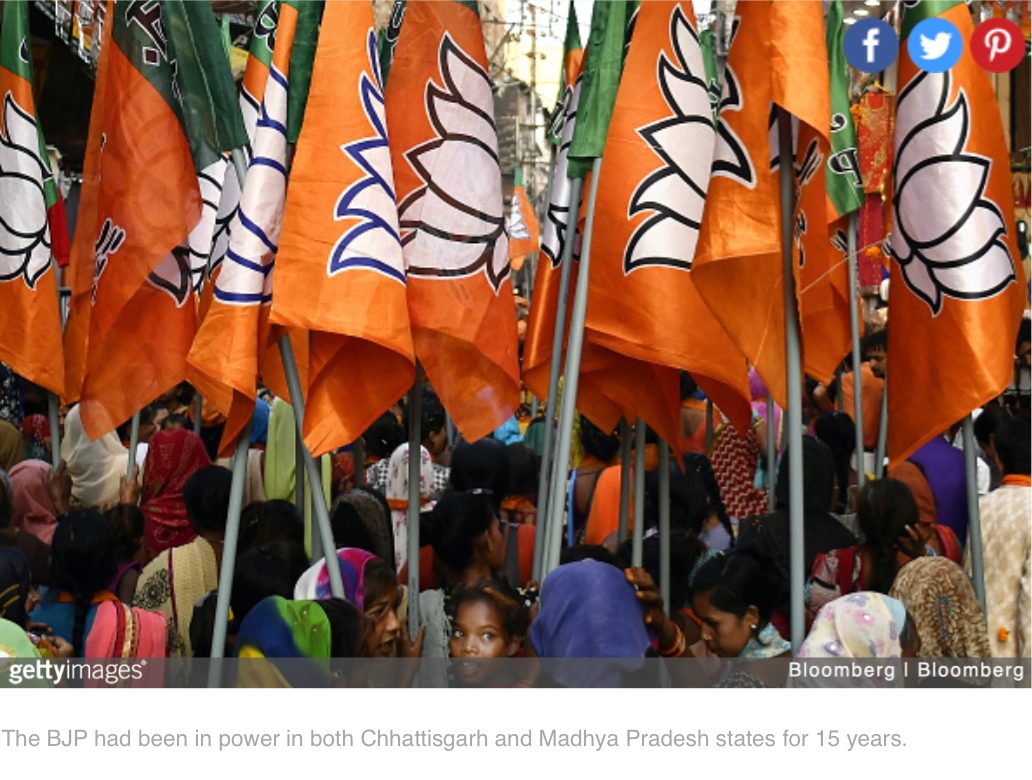 Madhya Pradesh amended its “anti-conversion law” to make it more stringent during the 15-year BJP tenure, while Chhattisgarh enacted an identical legislation, both of which have been used to imprison Christians on bogus charges and led to Christians being assaulted by Hindu fundamentalist outfits.

Meanwhile, Christians had to appeal to the High Court of Chhattisgarh following a social boycott against Christians in mid-2015, after resolutions were passed in Buxar district villages with the connivance of government officials, as World Watch Monitor reported.

Despite the BJP being thrown out of power, Rev. Lal said he feared “little will improve for the minorities, especially Christians who remain a soft target”.