Chinese diplomats decried several incidents across Europe involving Chinese nationals, one a journalist, and others, a family of three. A few days ago, the Chinese Embassy in Berlin, Germany criticized their newspaper just for publishing an article of an interview with Joseph Wu, foreign minister of Taiwan. 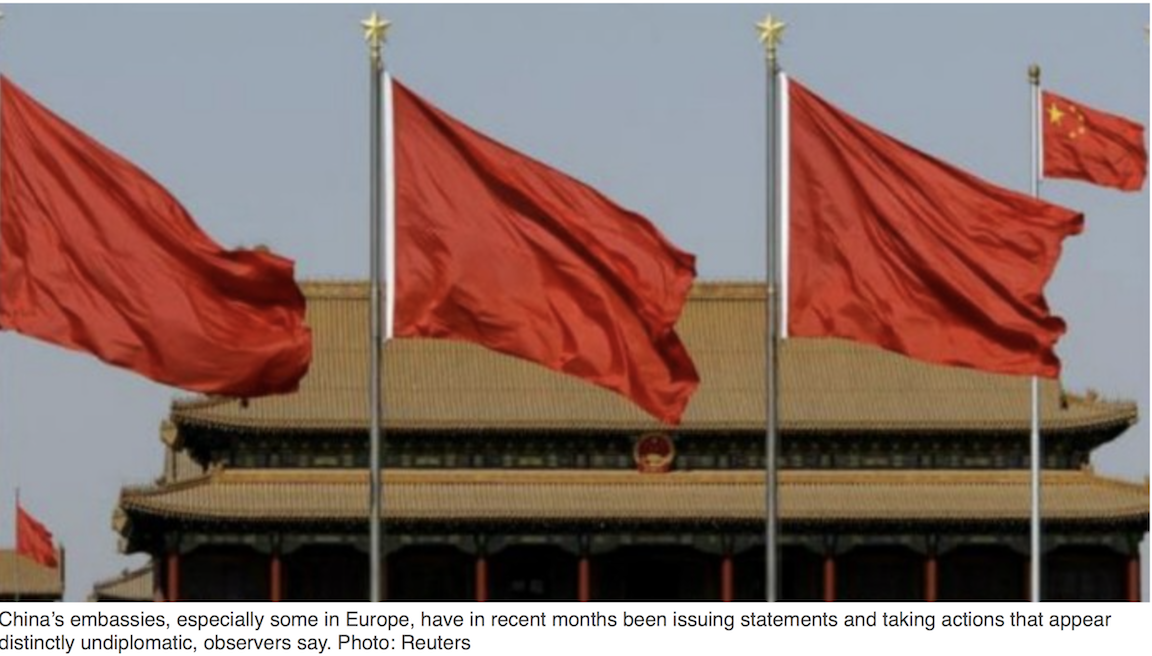 China has repeatedly voiced its opposition to what it calls “long arm jurisdiction” by other countries against Chinese entities or individuals.

Now, it appears, China is flexing its muscles and putting pressure on foreign governments regarding events occurring on foreign soil.

China is trying to deepen the international isolation of Taiwan wherever possible. But increasingly it is not only telling governments but also private businesses and the media what to do and what not to do.

Since the 1950s, China has promised never to interfere in other countries’ internal affairs. But now, it is even telling them to ditch their core values, such as respect for a free press, if they value their relationship with Beijing.

No Comments on "In China’s ‘New Era’, Diplomats Go On The Offensive"