FOX News: Tensions seem to be at an all-time high yet again over the immigration issue. It boiled over with profanity laden cries and screams at President Trump from blue-faced democrats. As he made his way to House Speaker Paul Ryan’s office, accompanied by staff, a congressional intern yelled, “Mr. President, F–k you!” across the Capitol Rotunda. It wasn’t clear whether he had heard them or not. 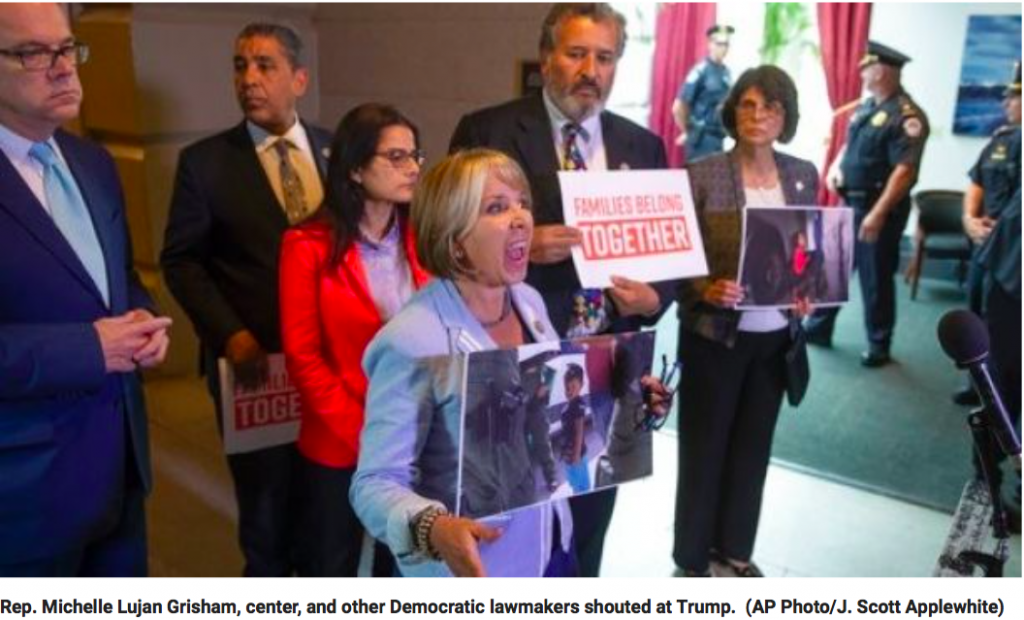 Several members of the Congressional Hispanic Caucus (CHC) gathered outside Trump’s meeting with senior Republican officials. When Trump emerged, the representatives heckled him until some were blue in the face, holding signs and screaming.

Rep. Michelle Lujan Grisham, D-N.M., the chair of the CHC, called the separation of children from their families at the border the “worst thing” she has ever seen in her career.

“This is an unusual commander-in-chief … it appears to me he doesn’t care about the consequences,” Grisham said. “He uses incredibly offensive language to defend his policies.”

Grisham defended her colleagues’ decision to shout at the president and stage a dramatic protest as he left the meeting with Republican officials.