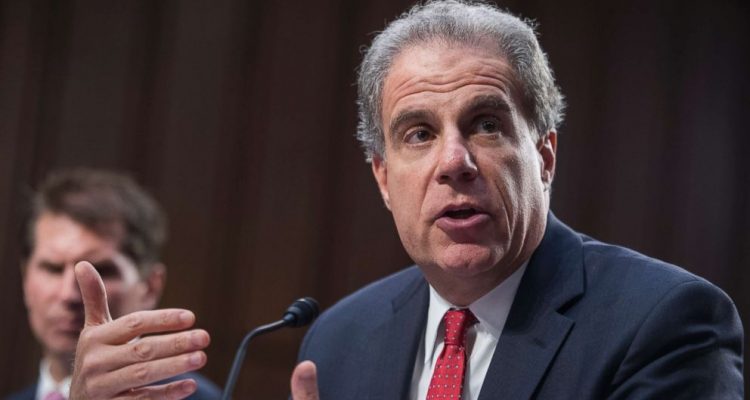 Inspector General Michael Horowitz plans to release his long-awaited report on FBI surveillance of the Trump campaign during the 2016 Presidential election. For the President and his allies, the IG FISA report couldn’t come at a better time, as the Democrats continue their impeachment effort.

President Trump himself teased the upcoming report in an interview, telling Fox News that “What they have coming out is historic.” He then continued with “This was an overthrow attempt at the presidency.”

Since Donald Trump announced his intention to run for President, his campaign and later his Presidency has been dogged by investigation after investigation. First, there was the fight over his tax returns, then “Russia possible collusion”, Now he’s facing impeachment over a conversation with the Ukrainian President. The Democrats have thrown everything they possibly could at him and so far nothing has stuck.

Last week there were multiple news reports that said Michael Horowitz had evidence that an FBI lawyer manipulated a FISA warrant application, falsely claiming that he had “documentation to back up a claim he had made in discussions with the Justice Department about the factual basis” for the application.

Right now it’s all speculation but if the report has half of what is suspected in it, it could stop the impeachment effort in its tracks.

OPINION: Obama Should Have Been Impeached, Not Trump

As Democrats continue their outrageous push to impeach and remove President Trump from office, I...More