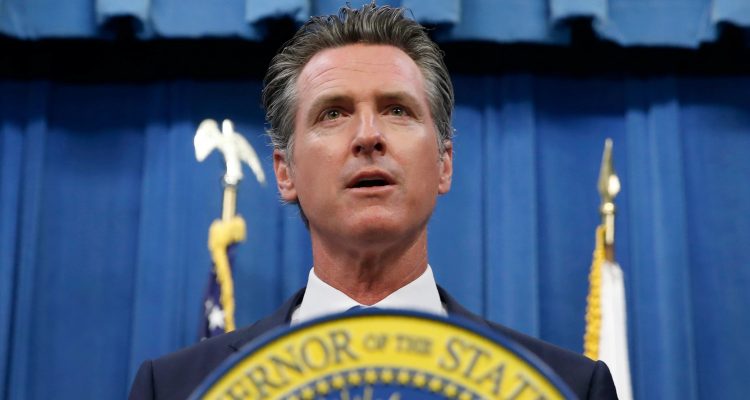 For President Trump’s entire time in office, we have been subjected to a constant barrage of media personalities and talking heads accusing him of working with Russia, or election interference.

After the Mueller report came out, finally clearing the President of wrongdoing, the Democrats have switched tactics and are now running with the “If you can’t beat him fair and square, cheat,” mentality.

California’s Democratic Governor, Gavin Newsom, has just signed into law a bill that will force President Trump to release his tax returns if he wants to be on the ballot for the primary, a rule that no doubt, the President will fight in court.

This law would require all presidential candidates to file at least five years of income tax returns by November, to secure their spot in the March primary. They would then be posted online with any personal, or sensitive information redacted.

The law doesn’t actually prevent the President from appearing on the 2020 general election ballot, however, he could simply choose to ignore California’s delegates, knowing he would still get the Republican party nomination.

In a statement, Newsom said:

“These are extraordinary times and states have a legal and moral duty to do everything in their power to ensure leaders seeking the highest offices meet minimal standards, and to restore public confidence,”

The Trump campaign was quick to issue a rebuttal to the Governor, via a statement from their communications director, Tim Murtagh.

“The Constitution is clear on the qualifications for someone to serve as president and states cannot add additional requirements on their own,”

Murtagh then went on to say, “The bill also violates the 1st Amendment right of association, since California can’t tell political parties which candidates their members can or cannot vote for in a primary election.”

Let’s be honest, anyone who wants to can see just how cynical a move this is. Now we’ll just need to watch and wait to see what President Trump will do in response.

No Comments on "If You Can’t Beat Them Fairly, Then Cheat!"