FOX News Insider: In an interview with RNC Spokeswoman Kayleigh McEnany, she shared how democrats like Chuck Schumer and Nancy Pelosi have begun using President Trump’s slogan “Drain The Swamp” in reference to him. Fox News contributor Jessica Tarlov pointed out that the message was actually first used by Democrats in 2006. 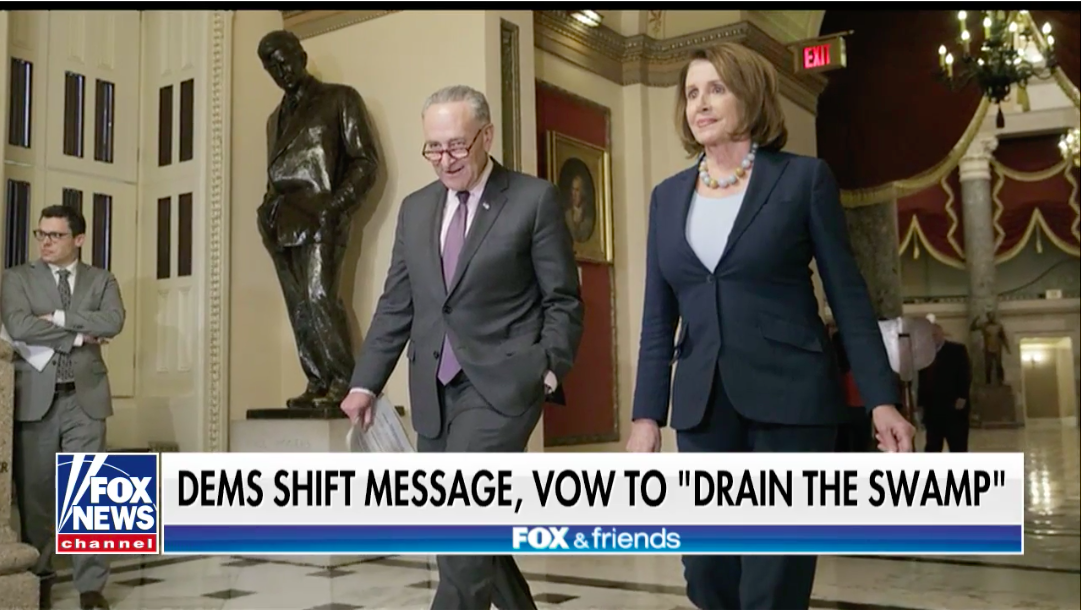 Except from FOX News Insider:

The briefing was for the “A Better Deal” initiative, a fight to “put government back to work for all Americans, not just those at the top.”

“The swamp has never been more foul or more fetid than under this president,” Schumer said.

Pelosi added, “Instead of delivering on his promise to drain the swamp, President Trump has become the swamp.”