Marc Thiessen, a writer for the Washington Post, asks if Reps. Ilhan Omar and Rashida Tlaib can boycott Israel, why can’t Israel boycott them? Omar accused Israel of denying them entry because they are the first two Muslim American women elected to Congress. Actually, it’s an anti-Semite ban, not a ban on Muslims. 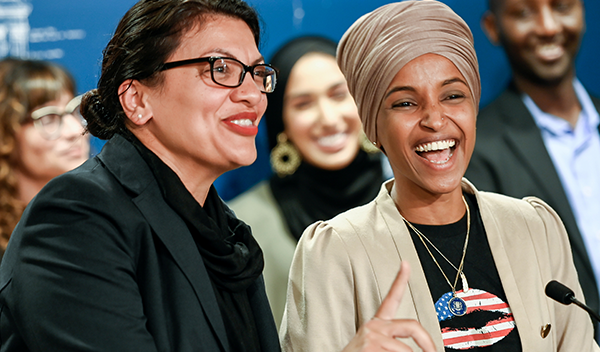 The two showed their true colors when they chose not to join a bipartisan congressional delegation to Israel earlier this month in favor of a trip organized by Miftah, a rabidly anti-Semitic group that has accused Jews of using “the blood of Christians in the Jewish Passover,” has published neo-Nazi propaganda questioning “the Jewish ‘Holocaust’ tale” in quotes and has celebrated terrorists who murder Israeli children. And, as though to prove Israel’s point, after being denied entry, the two lawmakers shared a cartoon on Instagram by an anti-Semitic cartoonist who placed second in an Iranian newspaper’s 2006 Holocaust cartoon contest.

The MAGA-hat wearing catholic student that was mercilessly mocked by liberal media outlets for daring...More

No Comments on "If Ilhan Omar And Rashida Tlaib Can Boycott Israel, Why Can’t Israel Boycott Them?"