Breitbart: This now famous picture which has gone viral thanks to the media spinning the story behind it as a child being separated from her mother, has been debunked by none other than the child’s own father. Getty Images photographer John Moore, took the famous photograph of the child looking up in tears while a McAllen, Texas, Border Patrol agent searched her mother next to a patrol vehicle. 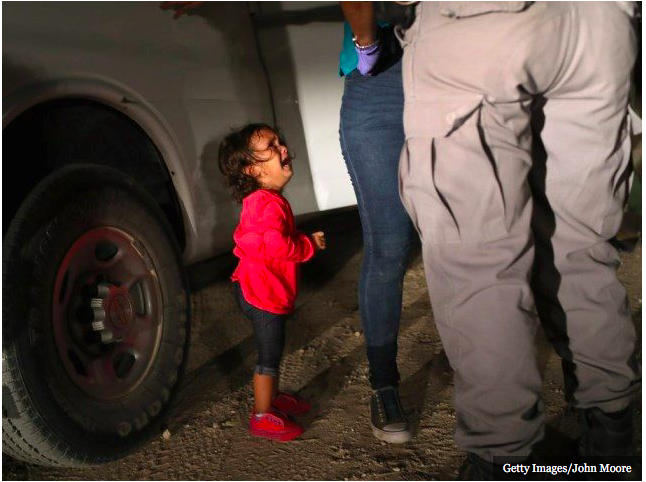 Denis Javier Varela Hernandez, 32, told the UK Daily Mail that his wife Sandra, 32, had taken their daughter, Yanela Denise, on a dangerous journey to the U.S. on June 3 without telling him. They had since been in touch, he said, and he learned the two had been detained together but never separated.

Yanela Denise became an iconic symbol of opposition to the Trump administration’s “zero tolerance” policy, under which adults who cross the border illegally are prosecuted. As a result, children traveling with migrant adults are often taken to shelters separately until they can be reunited with their parents, a family member, or a sponsor.