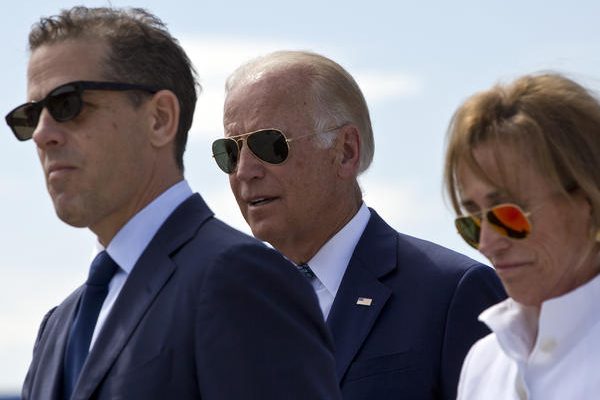 Hunter Biden released a statement today acknowledging a federal investigation into his business dealings which reportedly began in 2018 and was “paused” during the presidential election so as not to impact the outcome in accordance with DOJ policy.

The probe is said to focus on whether or not Hunter Biden or his associates violated any tax or money laundering laws during their business dealings in China and other countries.

The statement reads, “I learned yesterday for the first time that the U.S. Attorney’s Office in Delaware advised my legal counsel, also yesterday, that they are investigating my tax affairs.”

He continued, “I take this matter very seriously but I am confident that a professional and objective review of these matters will demonstrate that I handled my affairs legally and appropriately, including with the benefit of professional tax advisors.”

The “Biden-Harris transition team” released their own statement which reads, “President-elect Biden is deeply proud of his son, who has fought through difficult challenges, including the vicious personal attacks of recent months, only to emerge stronger.”

The development comes just a matter of weeks after the New York Post broke the story that the hard drive to Hunter Biden’s laptop revealed questionable business dealings including meetings he set up with his father who was Vice President at the time.

The story was overwhelmingly silenced by every major news outlet and big tech company in an apparent attempt to shield their preferred candidate from harm.

If Joe Biden were to assume the office of president, it does appear as though he could legally pardon his son but not without massive public disapproval. Although his unlikely re-election bid makes such political pressure less impactful as he has said that he is not necessarily going to run for re-election calling himself “a transition president.”

However, the likelihood of a Biden DOJ pursuing charges or prosecution against a first son is questionable at best so a pardon may not even be needed.

The Supreme Court is set to hear arguments from Texas and seventeen other states calling into question the constitutionality of four swing states election procedures, asking the court to temporarily preclude them from participating in the Electoral College.