The Blaze: A report from Society for Human Resource Management (SHRM) shows evidence of unintended effects from the #MeToo movement. Johnny C. Taylor Jr. who is the CEO of SHRM, shared their findings which states opportunities for women have been negatively affected. 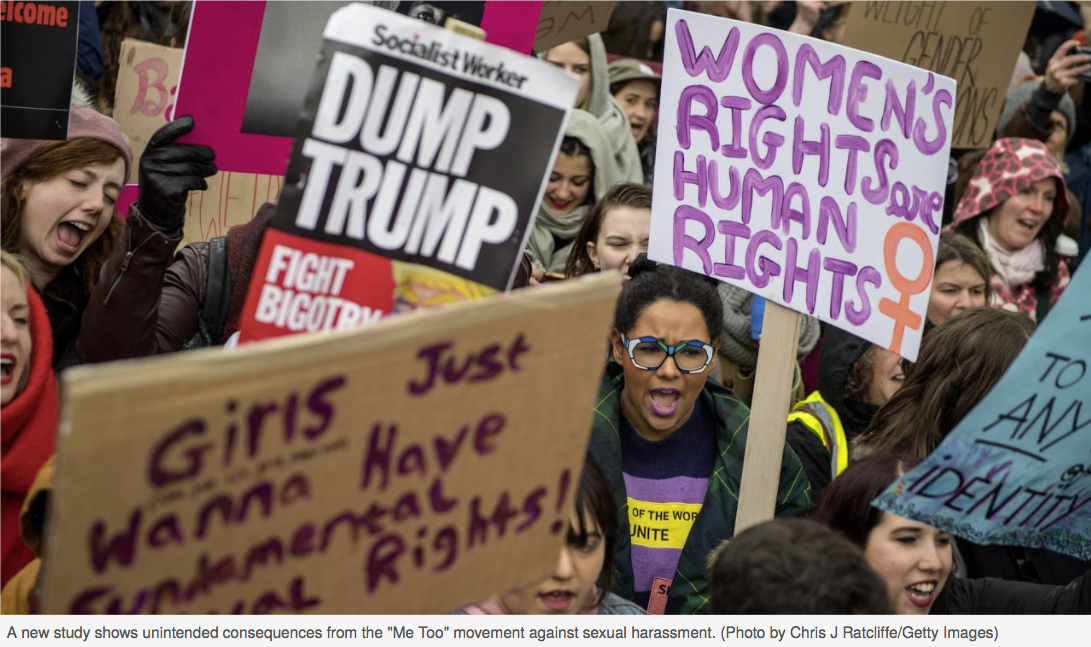 “There were men who specifically said I will not hire a woman going forward,” he explained.

“And you know oftentimes, that’s when the relationships are built,” he continued, “after hours dinners with clients, et cetera, trips, I’m a lawyer for example, and you know, you’re the associate, and the partner won’t travel with you for fear that it could be perceived, or he could be subject to a sexual harassment claim.”