In response to public outcry, Marc Lamont Hill was fired from CNN today. Public outcry came in response to a statement he ended his speech with, “from the river to the sea.” The term is considered antisemitic. It is known as a call for the destruction of the state of Israel.

And here it is, Marc Lamont Hill calling for a “free Palestine from the river to the sea” (video via @bennyavni) pic.twitter.com/E7ugrByKyf

Hill was one of the speakers during this week’s “International Day of Solidarity with the Palestinian People.” The annual event is put on by the U.N. During his speech, Hill called for several things. He stated the Palestinian Arabs to use any methods needed to resist Israel.
Hill is known for his support of Palestine also evident in his stance to return the Israel Palestine border to what it was before 1967.

The commentator denies he made the remark, rebutting the critics. 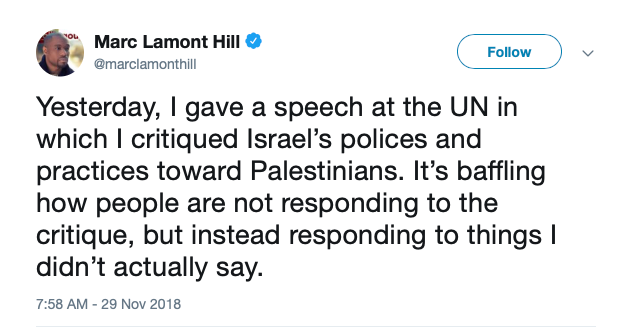