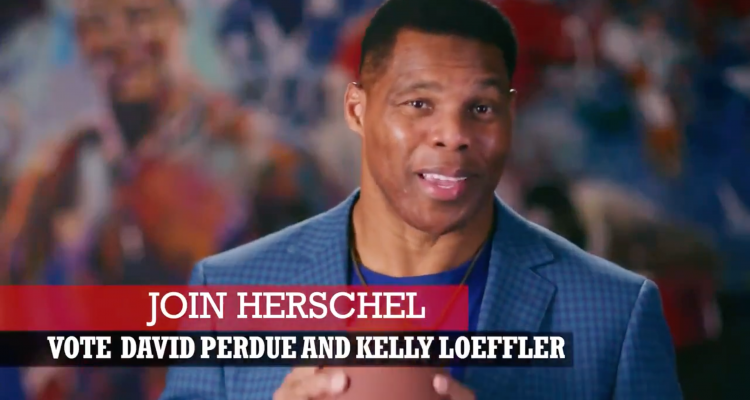 Republican U.S. Senators David Perdue & Kelly Loeffler received a much appreciated boon to their campaigns on Monday as they both received the endorsement of retired NFL star and Georgia native Herschel Walker.

In the 30-second video, the trio are seen passing a football as they decry the rise of socialism. The endorsement comes as both Senate races appear to be too close for comfort and the balance of power hangs in the balance.

Herschel Walker became one of the most high-profile endorsements for President Donald Trump through his video from the Republican National Convention in which he took the “racist” narrative head on and discussed their decades-long friendship. His support for the senators should help rally Trump supporters behind their campaigns.

Nowhere is Walker more influential than his native state where he was the star running back for the University of Georgia where he brought home the 1982 Heisman Trophy. He was inducted into the College Football Hall of Fame in the class of 1999.

According to the U.S. Census Bureau, black Ameericans make up nearly 32 percent of the Georgia population. A high-profile endorsement from one such Georgian may help dissuade those who may buy into the race-peddling commonly seen from the Left.

The Trafalgar Group, a reliable Republican-leaning polling firm, has released the results from their most recent survey on the race which shows a narrow lead for both senators. Loeffler leads Raphael Warnock by six points with a 52 to 46 percent lead among likely voters. Perdue leads Jon Ossoff by a mere two points with the survey illustrating a 50 to 48 percent lead. Two percent of respondents were undecided on both races.

Early voting ends on Thursday and Election Day is January 5. Registered voters can request a ballot by mail until Friday. President Trump has announced that he will travel to the battleground state to hold a rally in support of Loeffler and Perdue on the eve of the election on January 4.