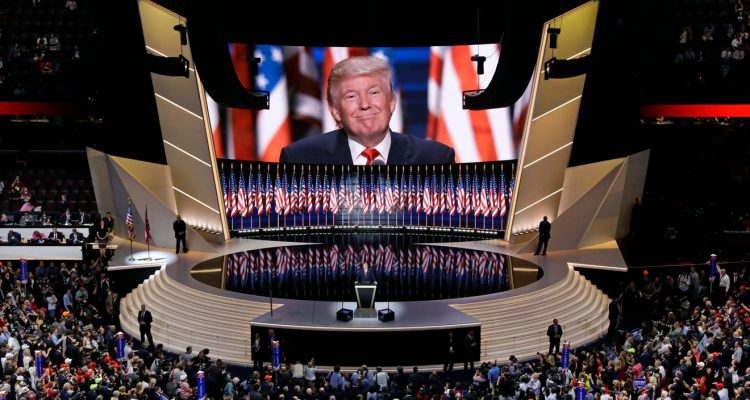 While the Democrat National Convention continues, Republicans are making preparations in hopes of out-doing their rivals and deflecting the volley of attacks thrown at President Trump.

The Republican National Committee (RNC) has made its first announcements on who will be speaking at the bi-annual event, and some of them are sure to turn heads.

A former Planned Parenthood employee, Abby Johnson has become the leading voice of the pro-life movement. The hit movie “Unplanned” is based on her life story.

The St. Louis attorneys found themselves at the center of the debate over violent protests when they brandished their firearms as hundreds of protesters broke down the gate to their neighborhood and threatened their lives.

Often jokingly referred to as “the highest paid person at CNN,” Nick Sandmann won two settlements amounting to more than $500 million from CNN and the Washington Post after they mocked the catholic student relentlessly over a video from his class trip to D.C..

Convicted of being part of a cocaine ring, Alice Johnson was sentenced to life in prison. That sentence was commuted by President Trump after serving 21 years. She has since become a leading voice for criminal justice reform.

Noticeably absent from the list of speakers is U.S. Senator Mitt Romney (UT) and former President of the United States George W. Bush.

The event will be similar to the DNC’s “virtual convention” and President Trump has announced his plan to accept the Republican nomination from the White House.

The MAGA-hat wearing catholic student that was mercilessly mocked by liberal media outlets for daring...More

CNN has reportedly offered a settlement to Covington teen, Nick Sandmann, after he sued the...More