There has been a report of a growing number of complaints regarding “systemic misinformation” coming from foreign students attending the Hebrew University in Jerusalem. The students are part of a class for a master’s degree in law where featured guest speakers are reportedly calling Israel a “fascist” country. 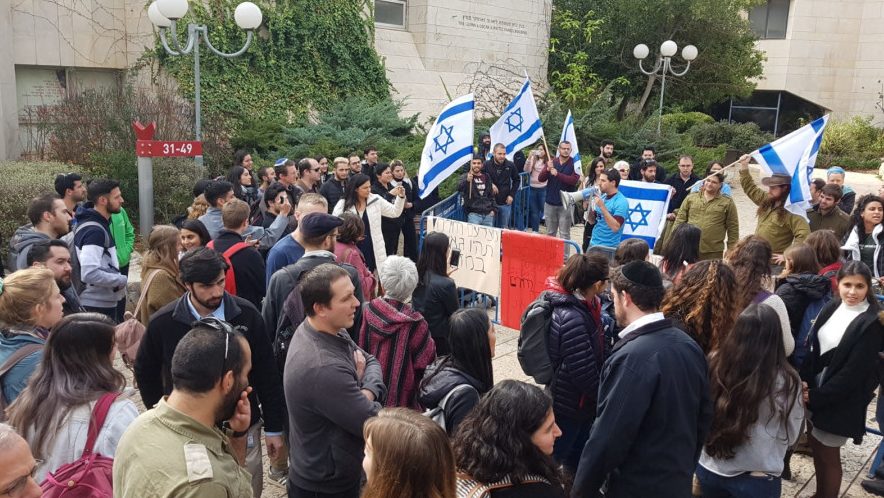 In another incident, during a tour in Silwan with the Emek Shaveh organization, a Palestinian community activist who spoke to the class said that Palestinian residents of the neighborhood are not entitled to compensation for their homes if land is requisitioned by the state. Only when pressed by Papadopoulos did the activist eventually concede that compensation is available, but said that accepting it would be tantamount to “accepting the occupation,” and that it therefore cannot be considered a viable option.
In a separate incident, an activist for the Zochrot organization – which advocates for the return of Palestinian refugees and their descendants to Israel and a single, non-Zionist state for Israelis and Palestinians – addressed the class. During his lecture, he stated that “Most of Israeli society is going more and more to the fascist direction” and that “The right-wing Israeli parties and the government of Israel are fascist.
[Read More…]

No Comments on "Hebrew U. Prof Accused Of ‘Systemic Misinformation,’ Political Bias"