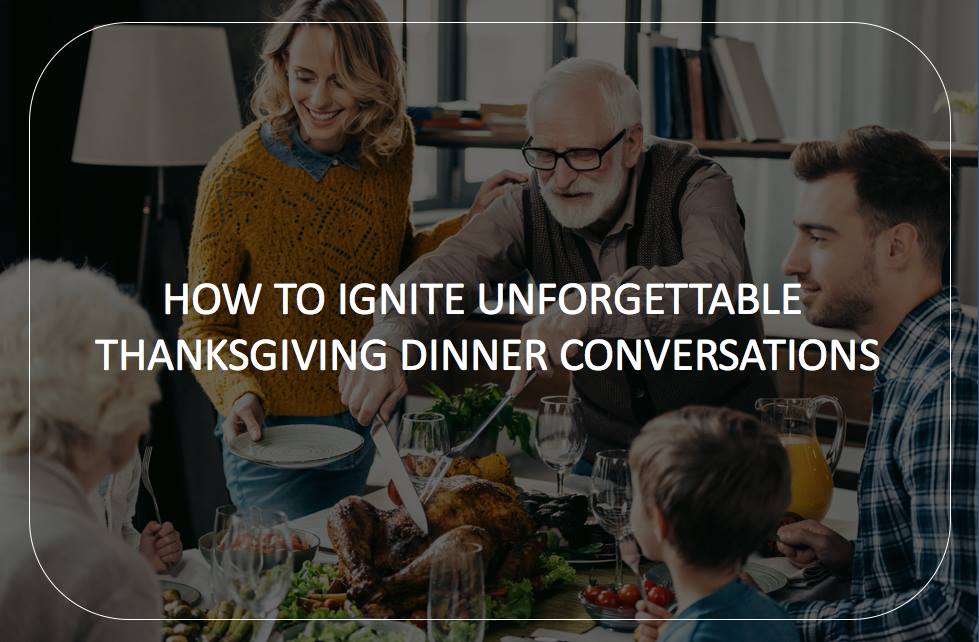 Chuck Schumer just tweeted that he want’s you to go to dinner with a chart of statistics he prepared so you can debate taxes and attack Republicans.

Then there is a leading article in GQ Magazine on “How To Ruin Turkey Day” for others. No kidding. The writer gives several pointers on how to be rude and obnoxious with Mom and Dad if they invite you to dinner BUT they voted for Trump – and this is in GQ!

HERE’S A POWERFUL SENTENCE TO MEMORIZE…

PLAN A: So if you get targeted, try to be gracious and tell them: “Thank you for sharing that. And I want you to know that our political differences will never divide my affection for you or my respect for your opinion.”
Then suggest a way out: “Let’s make a time to talk one on one. I’m interested in how you arrived at your conclusions.”

IF THAT DOES NOT WORK….

PLAN B: “Build a wall with your mashed potatoes and talk about how illegal border crossings are down 73%. Hover your fork over an item on their plate and say “I’m a socialist and I want what is on your plate. Do you mind if I take it?”

Then reach into your pocket and say something like, “Let’s change the subject. I found something on the History Channel!” Proceed to read George Washington’s original October 3rd, 1789 Thanksgiving Proclamation.
(PRINT THIS OUT IN ADVANCE)

“Whereas it is the duty of all nations to acknowledge the providence of Almighty God, to obey His will, to be grateful for His benefits, and humbly to implore His protection and favor — and whereas both Houses of Congress have by their joint Committee requested me ‘to recommend to the People of the United States a day of public thanksgiving and prayer to be observed by acknowledging with grateful hearts the many signal favors of Almighty God especially by affording them an opportunity peaceably to establish a form of government for their safety and happiness.’

“Now, therefore, I do recommend and assign Thursday the 26th day of November next to be devoted by the People of these States to the service of that great and glorious Being, who is the beneficent Author of all the good that was, that is, or that will be. That we may then all unite in rendering unto Him our sincere and humble thanks — for His kind care and protection of the People of this Country previous to their becoming a Nation. For the signal and manifold mercies, and the favorable interpositions of His Providence which we experienced in the tranquility, union, and plenty, which we have since enjoyed; for the peaceable and rational manner, in which we have been enabled to establish constitutions of government for our safety and happiness, and particularly the national one now lately instituted — for the civil and religious liberty with which we are blessed…”
When finished say… “And I thought all the Founders were atheists and agnostics!”
This may not all go flawlessly, but at least you’ll have a plan.

No Comments on "What to do if you are harassed this Thanksgiving?"